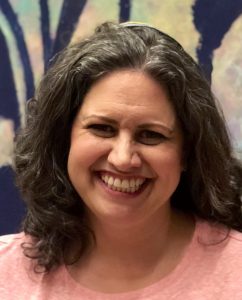 In the 450-household congregation that I serve, the Jewish Reconstructionist Congregation (JRC) of Evanston, IL, some of our members have been part of our community since 1964. Having broken away from an urban Conservative synagogue in search of a more intellectually honest liturgy and grassroots leadership, they created a congregation in suburban living rooms and middle school cafeterias, eventually constructing a building that embodies the green values of the environmental movement. They sought a community that would be a blend of their spiritual, intellectual, social and political needs. Some of our members under 35 grew up in this synagogue, having reaped the fruit of the first generation’s seeds. They are seeking a more spiritually engaged yet still intellectually honest liturgy. They are drawn more to potluck Shabbat dinners in their city neighborhoods than to shul on Friday nights. They are seeking many different places to meet their needs, are open to JRC being one of them, but are reluctant to pay a large sum of money to identify any one place as primary.

Many of our baby boomers are at the stage of life when they “don’t need the synagogue right now.” They don’t think they need education for their children or themselves any longer, they are relatively healthy empty nesters, their parents are aging but still alive, and they have no foreseeable lifecycle rituals.   Other than because it’s “what Jews do,” why belong? We need to be able to answer this question because while our current members will mostly continue to maintain their membership, we know that most do not find the synagogue particularly engaging at this stage of life. Even more importantly, the next generation isn’t likely to replace them in numbers or in giving capacity.

So how might we both engage this current cohort and simultaneously change how we engage the next cohort?

Shabbat and Holidays: We have found success when we integrate our holidays with our political activism, as was the case when 200 people attended the Tu b’Shvat Seder, held on the Shabbat evening closest to the holiday this year. In addition to nut-free tables of dried apricots, olives and Palestinian olive oil, oranges and fair-trade chocolate-covered coffee beans, the guest speaker was a local Jewish candidate for governor who spoke about environmental policy and climate change. Those who attended were not Shabbat regulars. They came because we integrated a Jewish ritual on Shabbat evening with an opportunity our members would have sought out on their own. And we fed them, provided childcare, and there was no cost.

Another innovation: Instead of focusing on how we get more people to fill the seats at Shabbat evening services, we hold our adult education classes on Shabbat evening, preceded by a short service and dinner, in rotation with a Shabbat wine and cheese and board games, and a Shabbat dinner block party and BBQ with a member-composed pop-up band (ShaBarBQue!).

Social and political relevance: Our adult education programming must be culturally relevant, responding to what is happening in the world now. Our committees must be diverse and flexible enough to create educational programs that bring our members face to face to learn more about what they are already interested in and, what’s more, they must work in concert and collaboration. In 2017, in the aftermath of the presidential inauguration and the Islamophobic travel ban, members of our synagogue showed up at a mosque in a neighboring suburb at jummah prayer time with signs reading “Jews Support our Muslim Neighbors.” For several weeks, we held a vigil on Friday afternoons, bringing our religious school children to meet their Muslim Academy day school students.

While the solidarity was warmly received and it felt good on both sides, many of our congregants were left with many questions. For many, it was their first time in a mosque. Politically they are supportive, and they show it in the streets. Personally, they are ignorant and haven’t ever learned from Muslims as teachers. We responded by focusing our Adult Education and Tikkun Olam Task Force on Peace Dialogue on learning about Islam – academically, culturally, socially, social justice-ly, so that we can connect our two religious organizations to one another. We have invited members of the mosque as ushpizin (guests) to speak during our Shabbat evening service in our synagogue about being Muslim in America. We arranged academic and experiential learning sessions about Islam taught by Muslims, attended a play written by a local Muslim woman, and have been part of a panel, with me as a lesbian rabbi with a feminist Muslim activist on Judaism and Islam: Gender and Feminism.

In this way, congregants are able to use their synagogue to connect with the issues that they are interested in. They come to synagogue to pray, and to connect their spiritual lives to the political and social milieus in which they live. We are building relationships with one another, instead of studying one another from afar. To that end, last year we explored Judaism and Racial Equity. We selected topics that were relevant to the world around us, and we provided opportunities for self-examination, Jewish sources, and time in other communities to engage in this vital social justice work. We asked, “How might we use the places where we feel safe as a container to explore personal and spiritual growth? How might we transform our congregation into one that actually welcomes Jews of color, and name our mostly white racial privilege? How might we be better allies? We brought these transformative programs to our Tikkun Leyl Shavuot program, through a congregational trip to Montgomery, AL to the Equal Justice Initiative’s Legacy Museum.

Our Religious School partnered with our Racial Equity Task Force to present a Racial Equity Book Fair, highlighting children’s books and local organizations to bring issues of race and racism to the forefront. During Sukkot, the holiday of shelter and harvest, we hosted “Unsilence: Having Difficult Conversations” and learned how we have the power to “unsilence” ourselves in our work around Racial Equity, Gender Expression, and Israel/Palestine.

Sharing Judaism’s Spiritual Riches: Our members are intelligent and well-educated, and they find opportunities outside the synagogue to learn about their interests, political commitments, and spiritual practices. Yet many Jewish adults haven’t been in a Jewish learning environment since adolescence! Many adults feel shame about their ignorance about Judaism. They don’t know how to connect their personal values with what Judaism says about them, textually and practically. Many have sought spirituality outside of Judaism because they don’t imagine that Judaism has something to offer them. And this disconnect makes sense: If we stopped learning any subject at a 13-year old level and then tried to engage in it as an adult, we would not find it so enticing or nuanced. We must offer them opportunities to take the ritual practices that inspire them, bring them solace and nurture their souls and bring them into the synagogue.

For the past nine years of my rabbinate, I have taught a Spiritual Autobiography class. Modeled on a Contemporary Thought class that I took at the Reconstructionist Rabbinical College, this course gathers adults in a small group (no more than twelve) to meet weekly for a month, sharing connections to Jewish spaces and places, liturgy, holidays and memories, social activism, and personal moments of awe and calamity. After a month, we take a break, and the they write and reflect on their own stories. The group then gathers together to share them aloud.

This class and other experiences like it often surprise congregants and provide Jewish legitimacy for their personal beliefs and practices. They become connected to Jewish traditions they never learned about: the rise in use of the mikveh as a physical tool for healing; the creation of new rituals for divorce; what to do with the wedding cards. If they have a daily yoga practice, they might initiate a ritualized coffee in the morning. They are introduced to the world of Jewish kavvanot as a way to make life more meaningful.

We need to bring in our adult members for learning and spiritual engagement that is nourishing to the stage of life they are in now, where they can learn, not only about Judaism and Jewish themed topics, but through a Jewish lens, about themselves, their own spiritual journeys and lives, and what is meaningful to them. Conversations on being “Jew-ISH” brought members and nonmembers, Jews by birth and by choice and across the spectrum, to engage in how being Jewish and Jew-ish both fits and is challenging. We need to be nourishing the souls of our members, not just nourishing their need to volunteer. Classes like Spiritual Autobiography, or even classes on liturgy and ritual, can feed a hunger for the spiritual.

(Part 2 of this article will appear next month.)

Rabbi Rachel Weiss is grateful to be the rabbi of the Jewish Reconstructionist Congregation in Evanston, IL, which is also the community where she grew up.  She is a graduate of the Reconstructionist Rabbinical College, and previously served as Associate Rabbi of Congregation Beit Simchat Torah in New York.  She is currently a Fellow in Cohort 4 of the Clergy Leadership Incubator (CLI). An earlier version of this article appeared in Evolve, the online journal of Reconstructing Judaism.

« A New Jewish World, Yearning to be Born » Re-Imagining Synagogues and Communities, Part 2