A New Jewish World, Yearning to be Born 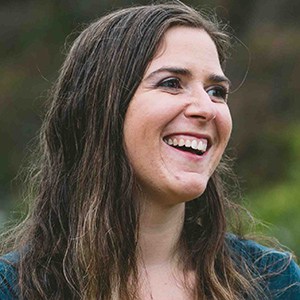 One recent Friday evening, I received many varied invitations.

I could walk thirty minutes to Clinton Hill, to a Shabbat dinner at the home of Rabbi Sara Luria, mentor and friend, who runs an experiment in home-based Judaism, Beloved Brooklyn, in her home. There would be an eclectic crowd, great conversations, and a deep sense of community. Another friend suggested I join them at a popup Kabbalat Shabbat, fusing traditional music with spiritual feminist chants from the Hebrew priestess community Kohenet. On the other side of town, friends in Bushwick had invited me to come hang out in their artist’s loft, sharing food and jamming to songs of Shabbos. I had already decided against joining the grand Limmud Shabbaton in Manhattan, though it too was a fabulous option filled with diverse Jews of many backgrounds.

At the last minute, I ended up choosing a completely different option: a lively, song-filled Shabbat dinner hosted by a friend in her Brooklyn apartment, not far from mine, filling her home with laughter, eclectic people and deep, vulnerable sharing around the table in tribute to her late husband, who tragically passed away just over a year ago. There were musicians, entrepreneurs, a standup comedian, a model, a life coach, and even me – a rabbinical student. At a table filled with Jews, some raised Ultra-Orthodox, others Modern Orthodox, some secular and many in between, we all shared what it was that made us feel the Divine in our lives. Openly and honestly, we shared our practices around prayer, meditation, music and friendship. One entrepreneur opened up about how viewing his partnerships beyond profit to see the other person felt Divine to him. Another spoke of her recent experience at the hospital with a false labor, validating her gut feeling of Divine wisdom around giving birth. Another mentioned his shifts volunteering at a pediatric ICU, and described how, on those days, his prayers required no preparation.

Nobody mentioned synagogue. The only talk of a synagogue came from one man who spoke of his conflict between conforming to man-made rules in his synagogue and his relationship with his young daughter.

We sang. We shared stories, words of Torah, and our personal journeys. So many young, wonderful, spiritually-connected and Divinely inspired Jews.

And so, few of us had gone to shul that night, or even had one that we attended regularly.

Each one of my options, I noticed, had little shul on the menu. There was some prayer, to be sure, but they were all of the pop-up nature. Once a month in a rented space; on a whim in an apartment; or part of another event in an artist loft.

As a rabbinical student, it’s becoming my job to continue what I’ve been unofficially doing for years and understand where my millennial peers are going, where we want to be to connect to our communities, our heritage, and our highest selves and how the wider Jewish community can serve that.

Five years ago, I produced a karaoke party on Christmas eve, which was also the last night of Chanukah. I’ll never forget my surprise and delight at the variety of people who showed up. Growing up Chassidic, spending time in modern Orthodox communities in NYC on the Upper West and Lower East Sides, getting to know the downtown and Brooklyn artist communities gave me a vision. I saw so many Jews. Some wore hats, some wigs, some baseball caps and some trendy hipster hats. As each and every kind of Jew danced together that night, singing silly songs and drinking cheap Japanese beer, I saw what was possible.

These were the kinds of Jews I knew. People thirsting for connection, ready for a good time, open to an alternative. I saw where they went. Where they travelled, spent time, relaxed and sought connection in communities and with each other. And I began exploring the fabric of these connections, seeking new ways to weave the ongoing tapestry.

Earlier this winter, I travelled to California for an interdenominational retreat for rabbinical students under the auspices of Hazon. The retreats are co-sponsored by eleven seminaries ranging from Orthodox to Jewish Renewal and they have been organized by Rabbi Sid Schwarz since 2005. Rabbi Sid has been one of the pioneers of the synagogue transformation field and the over 500 students that have been through his retreats have gotten some important Torah from him and from the guest faculty members that he always invites to join him.

As a trans-denominational Jew who was raised ultra-Orthodox and has spent time in Jewish Renewal, Conservative, and unaffiliated circles along with various shades of Orthodoxy (now seeing myself as beyond labels…), I knew how important it was to see the future Jewish leaders outside of the box where I currently study or how I was raised. As quite the fan of Jewish immersive experiences and as an experienced retreat educator myself, I thought I knew what to expect.

Prior to the conference, the Tefillah Committee, on which I served, convened to examine the guidelines that were created by the committees of past retreats. We were free to re-write the guidelines or adopt them, whole cloth. We confirmed that all services would include Mourners Kaddish; that separate seating options would be available for those who preferred; and that Shabbat services would refrain from using musical instruments during Shabbat itself. It was agreed that services could range across a variety of texts, rites and rituals, based on the two schools that would pair together to co-create a service during the course of the weekend.

One week earlier, I’d traveled to a traditional large Conservative synagogue and found myself surprised at how far removed I felt from the big shul model. I grew up in a small shteibel, going to the larger synagogue only on high holidays. When the young adult minyan I co-founded in college moved from the cramped classroom where we began to a larger school gym, I protested. The loss of intimacy for me meant losing contact with God, with the other, with the ability to connect with another.

Being new to Jewish life outside Orthodoxy is strange sometimes. Spending a Shabbat with thirty students from other denominations was the ultimate Disneyland obstacle course experience – can I stretch myself and love every aspect of witnessing my fellow future colleagues in a new light?

That Friday morning brought poetic readings and music from Reconstructionist students along with tefillot from pluralist, Academy of Jewish Religion in NY. On Friday evening, I added my personal neo-Hasidic flavor to a traditional Shabbat Maariv as per the Conservative Movement, while co-leading Kabbalat Shabbat with a Reform HUC LA representative, who played guitar through the pre-sunset moments, stopping at precisely 5:26pm. Shabbat morning brought forth meditations and chants from Aleph’s Renewal inspired davening followed by a triennial Torah service led by students from Ziegler. Our havdalah featured a spiral by HUC Cincinnati, a brand-new experience for me though old hat for the many who had grown up Reform, while the Sunday morning prayer by the Academy of Jewish Religion, CA included selections from Kohenet, the Hebrew priestess program. A surprising highlight for me showed up during mincha, the only Orthodox-led minyan featuring a mechitzah. It wasn’t my first rodeo, but growing up in segregation had me wary. I’ve been known to burst into tears staring at the veil that separated me.

This time, though, I felt empowered. Sitting in the front row with women behind me and surrounding me, hearing our collective voices joining our brothers on the other side brought in a new sense of power I’d yet to experience. Maybe it was the air of oneness and experimentation, maybe it was the unique way Yeshivot Chovevei Torah and Maharat partnered to be inclusive, bringing the Torah to women to carry through the women’s side and even having a woman do hagba – which is rare even in the most egalitarian spaces.

It gave me a new way of seeing things. It showed me what is possible with communication, collaboration, cooperation and most importantly, an understanding that at the end of the day, we are all on the same team. Our visions may be different, but our goals are the same.

As someone who has experienced some of the above-mentioned Jewish communities, I’ve known for quite some time that there is a huge world outside of the Jewish congregational universe, ripe for rabbis to innovate and co-create within. I have been presenting Shabbat ceremonies and programs at music festivals, at yoga studios and in Brooklyn basements for years. Yet my lens was still fixed in one direction, from the neo-Chasidic to the ex-Orthodox to the traditional-egalitarian, movements which are all dynamic and shifting and growing and evolving simultaneously. I had worked extensively with secular Jews, with ultra-Orthodox Jews, and a few in between, but had yet to experience working with others who are deeply rooted in a specific denominational context.

On this retreat, I was able to envision a future beyond the institutions of the past, to create the collaborative, colorful Judaism that I know is in hot demand. I saw how it’s possible for us to work together, throwing our various talents and gifts into the pot to create the most wonderful-tasting stew. Learning from visionaries such as Rabbi Sid Schwarz and Rabbi Rachel Nussbaum who founded the Kavana Cooperative in Seattle, WA, showed me how it might be possible to dream up a different model, one where congregational life is only one aspect of a new rabbinic role. Some of us will work on campus, in chaplaincies, in education or at synagogues. But what happens when the spaces themselves change, and the needs evolve? How can we prepare ourselves better to work with people seeking spirituality; looking for community; after big life changes; during the times when people need connection the most?

Attending this exquisitely designed rabbinical student retreat widened my perspective to understand how these newer forms of Jewish engagement might interface with existing spaces. How unique classes can be offered at the JCC; how member bases can fund less financially stable members; how arts and creativity and food justice can be the drivers that create new types of Jewish educational initiatives. The creativity bubbling up in so many Jewish places will only enhance our Jewish world. Of course, the Jewish world must make room for this creativity to blossom.

This summer, I plan to spend it as I did last year, traveling to festivals and camping trips where Jews are gathering on a spiritual search. There will be no synagogues in sight, but there will be a lot of spirit. I may not come away with a list of names, a stack of measurable results, or even recognize the faces of the hundreds of people who will pass through. But I know that sparks will be kindled, that the world is ripe, and that the statistics that alarm us represent opportunity rather than calamity. I’m excited to step forward into a Jewish world that is thriving with innovation, and grateful for those paving the way for a sparkling future.

Rishe Groner is a writer, teacher and spiritual leader. She is the founder of TheGene-Sis.com, a movement towards embodying the Jewish experience and feminine spirituality. She is currently studying for the rabbinate at the Jewish Theological Seminary in New York.