Rabbi Sid Schwarz founded and led PANIM: The Institute for Jewish Leadership and Values for 21 years. He is also the founding rabbi of Adat Shalom Reconstructionist Congregation in Bethesda, MD where he continues to teach and lead services. Rabbi Schwarz holds a Ph.D. in Jewish history and is the author of two groundbreaking books–Finding a Spiritual Home: How a New Generation of Jews Can Transform the American Synagogue (Jewish Lights, 2000) and Judaism and Justice: The Jewish Passion to Repair the World (Jewish Lights, 2006). Sid was awarded the prestigious Covenant Award for his pioneering work in the field of Jewish education and was named by Newsweek as one of the 50 most influential rabbis in North America. Sid’s newest book is Jewish Megatrends: Charting the Course of the American Jewish Future (Jewish Lights, 2013).

Vision | “I believe that Judaism’s main purpose is to advance tzedek and kedusha in the world. Tzedek demands that Jews ally with those who are most vulnerable, Jews and non-Jews alike. Kedusha calls on us to create holy, intentional spiritual communities in which we can derive meaning from the connections to the Jewish people, Jewish heritage and Jewish values. At heart I am an entrepreneur who has enjoyed creating and building new institutions and programs that serve the Jewish people and humanity. My deepest joy comes from helping people identify their gifts and supporting their efforts to bring those gifts into the world.” 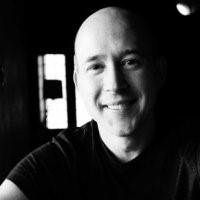 Rabbi Serena Eisenberg has been Northern California Director of AJC since February 2018, and is the past president of the Northern California Board of Rabbis. Previously she served as the executive director of Hillel at Stanford University (2011-2017) and as associate chaplain and Hillel director at Brown University (2005-2007), her alma mater. She is a member of both the RRA and CCAR, and has served in various synagogue positions in California, Montana and Israel. She is also the alumna of several fellowships, including Mandel Jerusalem Fellows, Wexner, Hartman, CLAL Rabbi without Borders, AJWS Global Justice Fellows, and the Chautauqua Interfaith Clergy Leaders. Before becoming a rabbi, Serena worked as a lawyer and social worker in the field of child welfare, including in the Bronx, in Oakland and in West Africa.  She lived in Israel for several years and has five sons, ages 18-36.

Marty Linsky is co-founder, with Dr. Ronald Heifetz, of Cambridge Leadership Associates (www.cambridge-leadership.com), a leadership consulting, training, and coaching practice, and has worked with a wide range of clients in the public, private and nonprofit sectors in the US and abroad. Linsky has been on the faculty of the John F. Kennedy School of Government since 1982, except for 1992-95 when he served as Chief Secretary and Counselor to Massachusetts Governor William Weld. He is faculty chair of several of the school’s executive programs on leadership.

A graduate of Williams College and Harvard Law School, Linsky has been a journalist, a lawyer, and politician, having served as Assistant Minority Leader of the Massachusetts House of Representatives, a reporter for The Boston Globe, and editor of The Real Paper. His most recent book is a co-authorship with Alexander Grashow and Heifetz entitled The Practice of Adaptive Leadership. He is also co-author, with Heifetz, of the best-selling Leadership on the Line: Staying Alive Through the Dangers of Leading. To relax, he works out and runs (9 marathons but no more), enjoys good beer and (vegetarian) Mexican food (a reward for the exercise), and collects baseball cards (over 25,000 of them). He lives in New York City with his wife, Lynn Staley. He has three children: Alison, Sam, and Max. Linsky blogs on leadership www.cambridgeleadership.blogspot.com.

Is this page useful and interesting? Please consider sharing it with your social networks!