Pittsburgh and the “Awe” of Safety 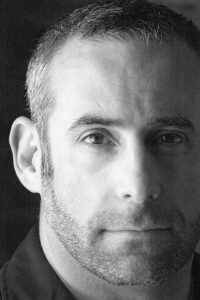 In a shtetl outside Vitebsk, Belarus, there was a young, learned man. In the wake of increasing violence and with parental encouragement, he saved money to journey to the US. Uneasy, he set out for a port in Latvia. He arrived a day before the ship was leaving. Eager, yet anxious, he found a place to make his bed on the docks. When he awoke, he realized to his horror that his pack, his money, and his possessions had been stolen. Dejected, he cried out in prayer. As he wandered aimlessly, he felt alone and in despair. But then he saw a sign. He thought he must be dreaming and like the ladder that in Jacob’s dream; it was a way up and a way out. It was a literal sign and the man holding it was nothing short of an angel in his eyes. He ran towards the words, “Free passage to Montreal for Hebrew Teachers”. For nearly a decade he taught children in the growing Jewish community in Montreal before finally arriving in New York. This man was my great-grandfather.

My grandmother relished telling me this story with her clear moral at the end, “You can steal everything from a person, but not their education.” It is a familiar moral to many. And yet, after the tragedy in Pittsburgh, I encounter this family story with a new focus, the danger of life, and I ask: “Where do we find safety?”

In the book of Genesis, Jacob has to flee his family and home out of fear that his brother, who he had tricked, might kill him. In a place that he would call Beth-El, the house of God, he dreamt of a ladder stretching heavenwards with angels ascending and descending. When he awoke, he uttered the words: “Surely God is in this place and I did not know it…How awesome is this place!” The word norah means awesome, but it also means terrifying. “How terrifying is this place” is probably closer to the meaning here.

Usually, in the face of terror, we flee. We shut down and retreat or we seek to bolster and protect. Jacob encounters God in his terror and brokenness. Through much of Jewish history, our ancestors found God in dark nights and dangerous places.” That was certainly true of my great grandfather as he left Europe.

Many of us find ourselves, today, in a terrifying place. In our current political climate, with emboldened white supremacists, flagrant bigotry, we find ourselves vulnerable and fearful. The tragedy in Pittsburgh pulled back a veil of deniability and if we weren’t already, we are now forced to wrestle with “How terrifying is this place!” Is God encounterable in this place? Where do we find safety?

How should American Jewry respond to this newfound terror? When I see how the response to Pittsburgh by many synagogues is primarily security driven, I know a new perspective is essential. How much safety is there in more police, more armed guards, more training and more protocol? I do not eschew taking prudent measure for the safety and well-being of our communities, yet this should not be the only, nor the primary response. I worry that creating fortresses partially solves the problem and creates a slew of new ones, including an obstacle to holistic safety. Can we learn from Jacob?

Rather than just wall ourselves off, we must invest at least as much in our spiritual resilience and building connections with other communities walking similar paths. Here, our history has something to teach us. Not only do we have Jacob, but we also have family stories that remind us that we come from irrepressible stock. Jews from around the globe, by birth and by choice, share a spiritual DNA of not only bearing pain and oppression but of making meaning, creating community and committing to keep moving forward, taking strength from being Jewish, even when being Jewish is why they have been targeted.

And when we’re not sure how to make it through, we must turn to others who have walked this path and stand with them. I have had the privilege to work with transgender women of color to reform our Atlanta police system. I have learned from them a lot about resilience and fidelity to one’s own sense of being. If we want to write this chapter well, it won’t be because we separate from the world, but it will be because we embrace it.

And I embrace the lesson from our ancestors that safety can come from an internal strength, a commitment to walk through the world as intact as possible. My perspective on safety is shaped by our collective past and my own. I am a Southern Jew who grew up standing outside of my Hebrew School because of bomb threats and witnessing a cross burning at a nearby synagogue. I taught in New Orleans. My principal warned that my classroom was in the line of fire for a drive-by shooting and I should have a plan for my physically disabled students in case such an event should take place.

Safety is not the same for people of color, women and LGBT folks who must live with heightened vigilance. My notion of safety only amplified when I became an openly gay rabbi. In addition to the death threats I have received, my parents never ceased worrying about whether I might be harmed at a protest or while leading a prayer service. Before he died, my father said to me to keep fighting for what was right, but to please be safe.

Safe? Despite having immense safety in my daily life, I have never felt that safety should be my only concern. I’ve said: “God forbid if something were to happen to me, please know that I do profound work that I’m proud of.” Understanding that is its own kind of safety. That is its own kind of safety. So when I think about the beloved elders z”l who died in Pittsburgh, they may not have been safe in that building in that moment, but what I have learned is that they were safe in how they lived their lives. Every one of them, in one way or another, was dedicated to living lives of generosity and kindness. They lived lives committed to things they loved: God, Judaism, community.

After Pittsburgh, people have taken solace in the words “stronger than hate”. I have seen people amend that to say “Love is stronger than hate.” My LGBT-founded congregation in various protests for equality and in response to the Orlando massacre, has also found comfort in the idea that “Love Will Win”. These ideas don’t mean that we somehow will be magically protected in a bubble. What it means is that the way we commit to live our lives is the way that love wins. It is the way that we walk through this world, whether we are scared or fearless. And trust me, we are often both of those things. We must come to terms with the fact that the world is a fraught place. It is complicated, and it is scary, and it is dangerous. Yet there has to be a commitment to our own sense of resilience and commitment to move forward because the way that we commit to live our lives is the way that love wins. Spiritual resilience is encoded in our DNA. That is the safety that we have, and that is all that we have.

Rabbi Mendel of Kotzk taught in Emet V’Emunah that “People are accustomed to looking at the heavens and wondering what happens there. It would be better if they looked within themselves to see what happens there.” When Jacob dreams of the ladder, it directs him upwards, but more importantly, inwards. And even though he continues to bargain with God, Jacob moves forward, not from the security of his tent, but from the security within. We too have the ability to find safety in building our lives such that we create hope and meaning for ourselves and others.

In this moment of deep pain, when our hearts are cracked open, choose not to shut down, but commit to more of who you already are. Commit to what you already love. Commit to what you want to see. Commit to who you are becoming. This is an investment that is worthy. We can be the messengers traversing the ladder. We are the inheritors of a great tradition and can forge a powerful future. Anyone can build a fortress after a tragedy; it takes courage and leadership to navigate to a place of wholeness and betterment. Together, in the broken places and in the whole, we will make meaning, bring justice, strengthen connection and find God. And if we do this, we can transform the terrifying into the awesome.

Rabbi Joshua Lesser is the spiritual leader of Bet Haverim in Atlanta, GA, the founder of SOJOURN, the Southern Jewish Resource Network for gender and sexual diversity and the rabbinic editor of the groundbreaking LGBT Torah commentary, Torah Queeries. Throughout his career he has been a bridge builder and a committed advocate for civil and human rights.

« Cultivating Communities of Obligation: An Alternate Path to Commandedness » You Got Rid of What?—Synagogues and Money