You Got Rid of What?—Synagogues and Money 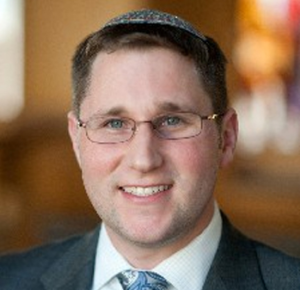 A mentor and trusted colleague of mine from rabbinical school gave me one piece of advice before entering the pulpit: don’t change anything in the first year.  While I took his message to heart for just about everything, there was one change that had to happen, even if I had only been at my new pulpit for a month. The story went something like this.  On the High Holidays, it was the practice of the finance committee to stand at the door, waiting, until our congregants were just greeted and welcomed. And then this happened to anyone who had not yet paid one-third of their dues before the holidays, or those who were in arrears from the past year: The finance committee members would take them off to the side to set up a time to meet after Rosh Hashanah.

Essentially, the holiest day of the year, a time that ought to be reserved for joy and holiday greetings, became a time of scheduling how and when past financial balances could be cleared and paid immediately after Rosh Hashanah. There is nothing that says “Happy New Year” quite like this. To say that I was mortified is an understatement. Barely a month into the job, just weeks before the holidays, an immediate change needed to be made.  There would no longer be any financial conversations of any kind on the holidays. And more importantly, there was one and only one goal of greeting people as they walked through the door: be warm and welcoming. So began the journey to eliminating both dues and religious school tuition.

Over the course of my first few years at Peninsula Sinai, reimagining the culture around money, financial modeling and forecasting was an uphill battle, to say the least.  Like in any relationship, money is a sensitive topic, especially when it unearths and reopens wounds from the past. We started slowly, first by increasing financial transparency between the board and the congregation while simultaneously making sure that reporting was accurate.  Internally, I spent a lot of time having one on one conversations: with past presidents; members of the finance committee; the treasurer; and those who had been intimately involved in the near financial collapse and bankruptcy that took place five plus years before my arrival.

My community organizing training reminded me to start with the stories. Where, in the past, had we erred when it came to money? Where did we get it right? I heard story after story of people who had negative and oftentimes embarrassing conversations when it came to a dues variance request.  I spoke with family after family that left the shul because of these uncomfortable moments. Tales of horror and embarrassment of how we had treated them, badgered them and didn’t deeply listen to them in moments of real struggle. Yes, there were definitely many successes, and I commend the leadership for what they did to get the shul back on more solid footing. Yet, the painful moments were the ones I heard the loudest. Once I had a better handle on the problem at hand, one that is by no means unique to our spiritual community, we were able to start making slow and steady change.

One of the first major policy changes that we made was to reimagine the role of the finance committee.  Not only did we create term limits, a welcome shift from Supreme Court-like lifetime appointments, we also shifted the focus away from making financial deals to thinking more about financial forecasting and planning. The changes were hard and they were not without their bumps and bruises. One committee member told me that the rabbi has no role in the financial affairs of the synagogue. I was even accused of manipulating the system that would take us back a decade to the days when bankruptcy seemed all but the only answer. Where did we land? The finance committee still needed to follow up with people who hadn’t paid off their dues. This time, however, we agreed that the focus needed to shift to a tone of: “please tell us what works for you, what you’re comfortable paying.” With the support of the board, we wiped out past balances that were a year or two old and we started listening rather than demanding.  Within a couple of years, our pre-High Holiday conversations were no longer about paying for dues or tickets. They were, instead, “please join us for the holidays…here are your tickets.” The shift from transactional to relational had begun.

In 2013, I was selected to be a part of the inaugural cohort for the Clergy Leadership Incubator (CLI) fellowship (at the time, under the aegis of Clal, now under the aegis of Hazon). Through the leadership and guidance of Rabbis Sid Schwarz, Irwin Kula and Rebecca Sirbu, I learned and cultivated skills to become a change agent in my community in the areas of innovative thinking, change management and institutional transformation.  Over the course of the two-year program, each CLI Fellow was tasked with implementing an adaptive change in their spiritual community. Mine became the complete reimagining of the synagogue financial model. As it happened, after a five-hour plane ride from San Francisco to New York, I learned that my incoming president-elect shared the same vision. Ironically, he had proposed a dues change not unlike the one we were then considering 15 years earlier. At the time, he was nearly laughed out of the room. Now, the need for reimagination was even more pressing and thus, we began a two-year journey of rolling out our flexible commitment model.

The shul leadership and I worked together to create a strategic task force. We spent a year to research and develop a plan for what our “new” model would look like.  We began by reading the 2015 report issued by the UJA Federation in NY, “Are Voluntary Dues Right For Your Synagogue?  A Practical Guide.”  We proceeded to interview more than a dozen congregations that had made the switch. We also reached out to our own membership, one on one and in small groups, to begin exploring the challenges of such an adaptive change.  One of the great gifts that emerged from our “think-tank” was the creation of a robust, five-year financial forecast that allowed the leadership and, by extension, the congregation as a whole, to really understand our financial health at present and our plans for the future.  Additionally, the creation of this model helped us prioritize the sacred value of transparency, not only around money, but around our vision, mission and our priorities.

In the weeks and months leading up to the congregational vote, it was stunning to hear the concerns people raised about the transition. There were, justifiably, many people who questioned whether we would be able to generate the revenue necessary to sustain the congregation. Some proposed that we should get two to three years of pledges in advance while others suggested that we ask a small cadre of donors to serve as our safety net in case we needed a bailout plan. These recommendations were thoughtful, helpful and in line with what many other synagogues did in making the switch.

At the same time, I was stunned to hear some of the accusations and misinformation that emerged in advance of the vote. Several people predicted that members of the congregation would become freeloaders and take advantage of the shul in an effort to not have to pay anything. Others made outlandish and accusatory claims about how much money other people were paying in dues. And despite having all of the financial figures transparently on display for all to see, rather than rely on the facts, a small minority came to their own conclusions, largely a product of the fiscal cliff the synagogue faced a decade before I arrived. While there was, of course, additional reservations and fears that the new model wouldn’t yield the necessary income to sustain the synagogue, in the end, through listening and better understanding the concerns of our community, most everyone seemed on board to give it a shot. In the end, it was the recommendation of the task force to move forward with the transition, which ultimately received over 90% approval from the Congregation.

There was, however, one important and monumental twist in this transition. In addition to the shift away from the multiple asks in a given year, which meant eliminating the High Holiday appeal, costs to join the Men’s/Women’s groups, bar/bat mitzvah fees and the like, we decided to eliminate all religious school tuition, too.  For me, and for many on the leadership team, we wanted to make a statement that Jewish education for all ages was among the highest priorities of our community. Personally, I felt confident that, independent of whether or not one had a child (or two or three or more) in our religious school, that every member could rally around the idea of wanting to support v’shinantem l’vanecha, teaching and educating the next generation.  But how would we sell it to the congregation? With some help from Rabbi Dan Judson, Dean at Hebrew College, who has done extensive research on the American synagogue and money, I was able to thoughtfully frame the argument in a compelling way that helped pave the way for Peninsula Sinai to become the first non-Orthodox synagogue in North America to eliminate dues and religious school tuition in one fell swoop.

As we continue through the third year of our new model, we are stronger than ever.  We have grown nearly 40% since making the transition and we have increased revenue by 20%.  We continue to update our financial forecast while placing increased emphasis on transparency, not only around money but around our vision, our values, and our priorities as a community.  And we have reimagined our team to now include an engagement director to help us focus on targeted outreach while deepening the commitment and involvement of our current membership. Even more importantly, we have successfully shifted our culture from transactional to relational, prioritizing the individual first and foremost. Our interactions with members are no longer colored by whether or not they gave last year or paid this year.  And by removing that financial barrier to entry, for all who walk through our door, independent of age, background, and socioeconomic status, we can now turn our efforts to further building and nurturing our sacred community.

Rabbi Corey Helfand is the spiritual leader of Peninsula Sinai Congregation (PSC) in Foster City, CA. He is an alumnus of CLI-Cohort 1.

« Pittsburgh and the “Awe” of Safety » Escaping Egypt, Engaging Jews