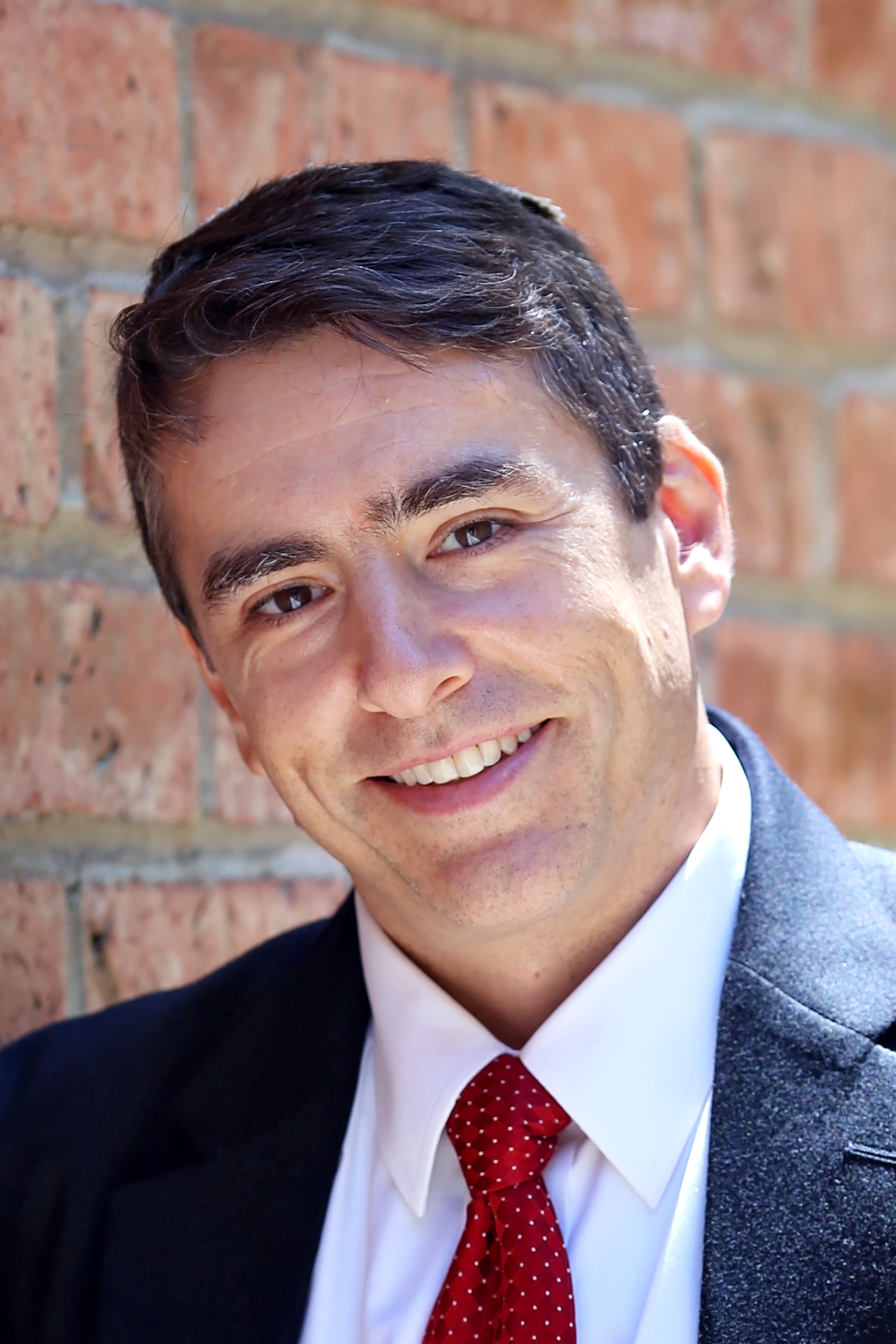 It started as a thought-bubble that entered my consciousness as I shared an immersive, spiritually delicious, musically-uplifting and content-rich gathering with colleagues in one of those wonderfully odd underground spaces in Jerusalem in which it would almost be hard for an experience not to be uniquely memorable. The question in my mind was, “why can’t this moment, or at least a cousin of it, be brought to and experienced back home? At shul? In a good-old-fashioned American synagogue?”

Heschel’s call to the American Jewish leadership to resurrect a moribund, utterly predictable, spiritually vacuous standard synagogue prayer experience is already over fifty years old. Start-ups and DIYers and pockets of inventiveness within all the movements have made meaningful strides. But it seemed that for me, and for many of the colleagues with whom I connect and mutually vent, the obstacles of inherited liturgy (to which we feel both a halakhic and generally traditional fealty), the expectations of the “regulars” (who, by dint of being regulars, are almost by definition mostly satisfied by the status quo), and the regular burdens of preparing for Shabbat and holiday prayer services as they currently stand conspired to preclude truly innovative disruptions to most of our davvening modes at our shuls.

But if not now, when?

So, I made a nearly-binding vow to myself at that gathering that when I returned, I would at least give it a shot. Failure is a necessary part of experimentation. And experimentation is integral to progress.

Sitting with a couple of thought partners from my congregation, we determined that the service would be curated, minute-by-minute, such that it could be executed with precision. Not to dampen spontaneity, but to prime it. We would leave in space for a song, or a feeling, or a moment to ebb and flow organically. But we would orchestrate the service specifically to increase the chances that every participant would walk away with at least one “wow” moment, and hopefully more. (How different would the American synagogue experience be if all our services were asked to respond “just” to that challenge? Every single time?). We decided to name the service Hama’alot, meaning “the steps up” or “the ascent(s).”

We agreed on one simple-but-essential piece of logistics: people would sit in the round, in close concentric circles. We would face one another. And the music and spiritual intensity would build, centrifugally, from the inside out.

Our final initial organizing thought was that we would try to balance liturgical thickness with temporal efficiency. We would try to do a full-ish Shabbat morning service, one that was more than an homage to the matbe’a, or formal/legal set of prayers, and complete it all within 90 minutes. We would start the service at 10:30, and do a huge congregational push for people to be there for the first moment so that we could start with thunder (rather than the whimper with which many [most?] shuls begin their service). We would end on time, with people aching for more.

We also determined that, in a multiple-minyan shul such as ours, we would offer this in addition to at least one other more traditional/complete service rather than instead of it, so that we could say that any morning on which Hama’alot would take place, members of our community could choose that service as their Shabbat morning prayer or attend another in the building at which they could fulfill their obligation.

I share our basic lineup just as an example for how it can be done, successfully, at a traditional-but-creative Conservative synagogue, knowing that prayer-innovation must respond to the ethos and idiom of its host community, and so will be different in each place. Our basic Hama’alot service, which we craft from scratch each time we hold it (currently, about six times per year on Shabbat morning, and a spin-off version of it on Rosh Hashanah) is as follows: About thirty minutes of P’sukei D’zimra, lifting a few lines from the opening Psalms (and often from elsewhere) for repeating, mantra-like singing, interspersed with short kavanot and meditations. Then a run-through of Shaharit that, at the very least, contains the recitation of the main blessings before and after the Shema, as well as at least a quiet reading of the Amidah.

We surrender (not without some discomfort) the notion of hefsek, which normally would preclude us from interrupting between the Barekhu and the Amidah, in order to crack open parts of that oft-said but infrequently-plumbed wall of words for meaning. The modality changes. The liturgical focus changes. The aim is the same: open the text and the prayer experience to those praying. Next, we do an abbreviated Torah reading. That abbreviation, from 7 aliyot to 3, was our most painful truncation. The notion of reading from the Torah 7 times on Shabbat morning is so elemental to traditional Jews. But, knowing that attendees could fulfill that obligation elsewhere in the building, (including before this service since we have a hashkama minyan those weeks that starts at 8 am), we claimed that license in order to render the service perhaps less complete but more compelling. We dive into one aspect of the parsha through any number of modalities: Personal witnessing; Bibliodrama; Storahtelling; Parsha-through-art; Poetry; and more. We eschew the Haftarah, sometimes in favor of a d’var tzedek, a “word of justice.” And we do Musaf either entirely silently or with some robust singing.

Lost in the above run-through is the most important constant: ongoing, rich, immersive, uplifting, rhythmic and exuberant singing. Sometimes raw niggun, without words. Sometimes to liturgy. Dipping into the best tunes and songs being crafted by the most talented of the current Jewish musicians, from across the denominational spectrum. About five years into the Hama’alot experiment, it is no exaggeration to say that we have introduced more than fifty new tunes, which have become part of the congregational tapestry, popping up at communal Shabbat dinners, at board meetings, in other, “regular” services, and around members’ Shabbat tables. Not every individual Hama’alot has been a wild success. As with anything in the realm of the aesthetic/spiritual, some moments of intended poignancy hit some people right in the gut, and yet float beyond others. We constantly ask for feedback and make the next service respond to the previous one’s success and failure.

But overall, the institution is meaningfully transformed in at least two ways. First, experimentation has momentum. Hama’alot on Shabbat mornings, six times per year, gave rise to Sovev on Friday nights, every other week. In-the-round. Thick and rich. Intentionally meaningful. Hama’alot became, without intention, code word in the institution as a “category” rather than referring to a specific Shabbat morning service. I realized that when our Head of School asked me if I would “do Hama’alot” one morning for services during Staff Week. What she meant was, “please make that morning’s service rich and illuminating and touching.” I did, and now it is a staple. The momentum even reached the realm of architecture, as we had already been mid-process in designing a new sanctuary to replace the formal, frontal, high-bimah one we had used since the ‘60s. Soon it became clear that the new sanctuary, whatever its shape and usage on the High Holidays, simply had to be circular, and sufficiently modular that we could use it for Hama’alot. That was a “wow” moment for me: a synagogue investing in sacred space by naming the needs of the weekly spiritual seekers as primary, and the High Holiday attendees, secondary.

The second way Hama’alot has been transformative is with respect to the well-being of the staff. Particularly the clergy. Myself included. As committed as we rabbis are to our craft, and to our communities and its rhythms, it can be numbing to plan, attend and officiate at services which lack a spark, and which (often) don’t fulfill even our own spiritual needs. I am believer in a teaching of my friend and colleague Rabbi Ed Feinstein who says that rabbis either need to go to shuls that have at least one regular service that they would choose to davven at, even if they were not the rabbi…or create it. Otherwise, there is spiritual death. While each Hama’alot service is an enormous amount of work, I thrill at this work. And I leave each service uplifted. Energized, rather than enervated. Those working on Sovev feel the same way. Our moods are elevated. Our zest to experiment and bring meaning is heightened. Hama’alot, as its name suggests, is lifting all of us up.

The work is just beginning. How can this mode inform holiday services? What can we learn from our achievement as we approach other areas of the synagogue that need attention, beyond prayer and spirituality? What else needs lifting up?

Those questions persist. And even Hama’alot, in its current form, will become ineluctably rote at some point. And will need an infusion of innovation. We are ready for the challenge.

Born and raised in Woodbridge, CT, Rabbi Adam Kligfeld is Senior Rabbi at Temple Beth Am in Los Angeles. He is married to Havi, and together they have three children. After almost 10 years in Los Angeles, Rabbi Kligfeld remains an avid Yankees fan.

Note: To experience some of the prayer-based and spiritual innovation discussed in the article, consider registering for Kol Tefila 2.0, the second immersive and musical conference that Temple Beth Am is hosting. Bringing together clergy, lay leaders and rabbinical students from across the country, KT2.0 will be taking place at Beth Am from Jan 18-20, 2019. It is designed to be “radically affordable,” and home hospitality is offered to anyone who prefers that over a hotel. Headlining the Saturday night program will be a spiritual concert with Nava Tehila, one of the most innovative and musically-thrilling communities based in Jerusalem, whose tunes have spread worldwide. Click here for information and registration. https://uscj.org/connect/kol-tefilla-2-0 Or email Rabbi Kligfeld directly at akligfeld@tbala.org

« Synagogues: Re-Mixing the Program » Cultivating Communities of Obligation: An Alternate Path to Commandedness