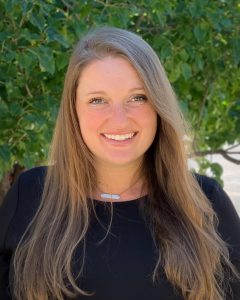 congregation in Denver, CO hosted 27 Hours with Temple Sinai: The Come Together Zoom-a-Thon, a full weekend of virtual programming for all ages intended to be both a community-building experience as well as a fundraiser. Leading up to the weekend, we had sponsorship opportunities as well as the option to order shabbat meals from a local caterer we work with and homemade challah baked in our temple kitchen.

The event really began Friday afternoon with families driving by for a distanced pick up as we loaded meals into their trunks. The Zoom-a-Thon began with Friday night services and continued with programming 6-9PM and then Saturday and Sunday from 9AM-9PM. We offered a full schedule of sessions available to our entire community including guest speakers from Women of the Wall and AIPAC, a live tour of Beit Hatfutsot (Museum of the Jewish People) with a museum curator, testimonies of Holocaust survivors, a live presentation from a local theater company, science experiments with URJ Sci Tech camp, Jewish comedian Joel Chasnoff, talented young local musicians, and cooking classes.

Here are the biggest lessons we learned:

Fundraising should make room for everyone
It is no a secret that non-profits and congregations are struggling through these COVID times; it’s always hard to ask for money and it hasn’t become easier in the last few months. With our annual event cancelled in May and significant loss of revenues (both actualized and anticipated), we needed to bring in some funding. When we set out to build this Zoom-a-Thon, we hoped we’d be able to raise money by showing our community we were really working for it, offering a full weekend of incredible content. If not, what was the worst that would happen? We would have a really great weekend and would have to find another way to fundraise.

The bulk of our funding came in the lead up to the Zoom-a-Thon itself, but as the weekend went on and people tuned in for programming, we had a steady flow of donations, including people who had already donated or sponsored the event and were moved to give more as they participated. What made this different from the traditional annual event format was that the Zoom-a-Thon created an opportunity for giving at any level– from a $5 donation after attending a program you particularly loved to an $18 homemade challah to sponsorships at $250, $500 and $1000.

We set a goal of $50,000 and most people didn’t think we would even get close. Well, having surpassed $100,000, we learned that virtual fundraising is a viable option. Perhaps most importantly, 20% of our membership financially participated. Last year’s annual event grossed the same amount as our Zoom-a-Thon but with five times the overhead and far fewer families participating. Outside of the emotional and communal impact, the numbers speak for themselves and we feel we’ve opened the door to alternative fundraising methods in the future.

More hands are not always more helpful
Volunteers and their efforts are core to the organizations we run; their dedication and tireless hours invested allow us to expand the scope of our work beyond the staff’s capacity while bringing new ideas and energy to the table. And – sometimes a team of volunteers is not the best way to go. This event was pulled together from conception to reality in five weeks so we needed an efficient and streamlined process. The Zoom-a-Thon was developed and run primarily by myself and Lisa Thorner, our Associate Executive Director, with help from our staff as we got further along in the process, particularly Yoni Buckman, our all-around process, communication and technology wizard. Not only did keeping our team small allow us to move quickly, but it meant that we didn’t divert any time and energy to managing a team of volunteers. A small team, really a partnership, allowed us to set a clear vision and move swiftly within that framework.

The unintended benefit of keeping the planning team small and within our professional staff was that when the event happened, from our community’s perspective, it was like it had magically come together with the wave of a wand. For example, when we announced we were selling challah baked by Rabbi Jordy (food is a part of my shtick and we’ve had many successful cooking programs both in person and virtually), we had many volunteers to help bake. While we were thrilled that so many wanted to be involved, we politely declined the help because, in fact, more hands would not have been more helpful in making our temple kitchen a temporary commercial bakery. When people came to pick up their challahs on Friday, they were both amazed and amused that Lisa and I had baked 103 challahs (3 gluten free and 100 gluten full). This contributed to the magical mystique of the whole event.

Variety is important, and so is trying new things
As we expected, most of our members popped in and out on Zoom for the programs that they were most interested in. But we also had a significant number of people who joined us for all 27 hours, from pita baking to monoprint art making!

We took a bit of a leap in our schedule with a Friday evening “lilah tov meditation” guided by one of the leaders of our congregation’s meditation circle. We thought we might get a handful of people from that devoted constituency of meditators. Yet, to our surprise, at 8:30PM on Friday night, our Zoom room population did not diminish. We are fairly certain that very few participants had ever tried meditating before, but there they were, eyes closed, with calm faces opening themselves up to something different.

We learned that at this unique nexus point, many people find themselves with extra time on their hands and they are open to new opportunities. Going forward, we plan to continue creating these experiences that expand our members’ horizons.

We needed this
What we didn’t realize in our planning process was that this Zoom-a-Thon was a mitzvah rooted in unintended consequences. When people drove up to our building on Friday afternoon and we loaded catered Shabbat meals and homemade challahs into their trunks, it was a mitzvah as they had an opportunity to see other people, to drive up to their sacred space and spiritual home. Though the world is opening up for some, many are still deeply in quarantine and some are doing so alone.  Zoom-a-Thon offered those most in need an opportunity to be “with” people for an entire weekend.

Though we all Zoom-ed in from home, it really did feel like we were together and we needed that. In the days following our Zoom-a-Thon, we got feedback from our community that they felt reinvigorated, enthusiastic and incredibly connected to their Temple. As we face more time, forced to be physically distanced, there is a longing to feel spiritually and emotionally close to others in the community.

Perhaps, most important of all, our people are feeling cared about. They see the immense amount of effort, thought and hard work involved in creating the Zoom-a-Thon and they told us that they felt taken care of, supported, remembered and loved by their Temple family. The emails continued to flood our inboxes expressing gratitude and increased feelings of connectedness weeks after the event. We did not understand this at the outset, but our congregants and our congregation needed this and we are feeling stronger in its wake.
____________
Rabbi Jordy Callman is the assistant rabbi at Temple Sinai in Denver, Colorado. She was ordained in 2019 by the Hebrew Union College: Jewish Institute of Religion in Cincinnati.