In 1962, 36 families, many with young children, pooled their energy, resources and vision to create a new Jewish 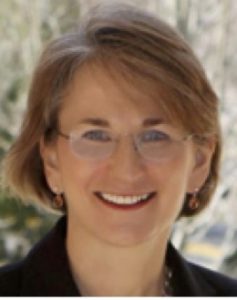 congregation in Northern Virginia. There were a few well established synagogues in Alexandria and Arlington, but families were moving “west.” This reality and other community issues led this small group to break away from their congregation to start Temple Rodef Shalom in Falls Church, Virginia.

Fast forward to 2002. The founders were now in their 70’s. It was clear to the, now large, Temple Rodef Shalom (TRS), that caring for senior members must become a priority.  As our congregation began to envision how we might respond to this need, our neighbors at the Chesterbrook Presbyterian Church were facing a similar issue. Their members were mostly elderly, and they wished to be able to provide a place for them to age in place.  Through many community conversations and a shared vision of providing affordable senior housing, a taskforce was created. Temple Rodef Shalom and two local Presbyterian churches launched a faith-based initiative to create a mixed income, non-sectarian facility for seniors.

It didn’t take long for the three congregations to come to an agreement on their vision. Clergy and lay leaders worked closely to articulate their goals. The facility, which would come to be called Chesterbrook Residences Inc. (CRI), would be a home for everyone: those with resources, those who might need some financial assistance, and even those who would require Section 8 (government subsidized) housing. Further, the group committed to a plan where no one would ever have to leave for financial reasons. With the clergy providing guidance and support, the lay leaders were the driving force of the venture. They played the major role in meetings with the county, the lawyers and the funders. The commitment of all involved was extraordinary. This project was truly unique in both its vision and implementation, all within a trusting and loving interfaith setting.

CRI could not have been created without several things in place. First, the National Capital Presbytery donated the land for this project. Without this gift, the cost would likely have been too burdensome even for three congregations to shoulder together. Second, CRI received a great deal of HUD (Federal Department of Housing and Urban Development) and county funds which were available because the facility committed to supporting low-income individuals. Third, the three congregations worked to raise money from their members to provide the remaining money needed for the shovels to go into the ground. The total cost of the project was $13.5M. Of that, $12M came from local and federal grants. $1.5M was raised by the congregations.

Few of us involved could have anticipated how much time it would take to deal with the fundraising, work with lawyers and ensure that the permits would come in on time. On the other hand, creating a plan for the residents of CRI was energizing, exciting and fulfilling.  A board was formed to run the new facility. It included three members of each of the founding congregations as well as one member of the National Capital Presbytery (since the land came from the that community.) This group drew upon its shared religious values to create a plan where approximately half of the 97 units in CRI would be occupied by seniors who needed financial support. Some qualified for subsidies through a formula established by the board; others qualified for Section 8 housing as determined by the government. It was also agreed that the facility would be managed by an outside firm.

At the end of each year, after the managing firm receives it payments, the remaining profits go into two, discreet funds. One fund supports the continued growth of CRI and the other fund, called the Care Fund, ensures that no one ever has to leave CRI due to financial hardship.  This fund is now fully endowed, and it provides housing security for all residents.

In addition to its operating plan reflecting the values of all three congregations, many weekly programs are run by volunteers from the respective congregations. All three congregations offered worship services. A program was created where volunteers took residents’ orders in the dining room and brought the food to the residents’ tables. Holiday celebrations were abundant. Music sessions, book groups, lectures, bingo and other programs were run by the members of these founding religious communities. One of the yearly highlights is a Thanksgiving service run by all of the clergy.

Temple Rodef Shalom has benefited in many ways from our involvement in CRI. First and foremost, this process crystalized our commitment to tiferet zkeinim – ensuring that the elderly are honored and raised up. Together, our lay leadership, staff and clergy decided that this would be a priority for us, and we devoted all forms of resources to ensuring that CRI would be a success.  Of course, we have and continue to receive a great deal in return. Our children are regulars at the CRI shabbat and holiday celebrations. Some of them have formed strong bonds with CRI residents. Our staff feel that, in many ways, CRI is an extension of our own congregation. CRI is only one block from our Temple and we hold programs and meetings there now and again. Our members take great pride having made this facility a place of love and security.

Creating a senior living facility taught us a great deal on so many levels. Brick and mortar, permits, community organizing, senior programming and much more. It has strengthened our relationship with our neighboring congregations and given us a platform for interfaith dialogue. Most importantly, it has allowed us to keep our seniors close and cared for – we embrace this as part of what it means to be a sacred community.

Amy Schwartzman is the Senior Rabbi of Temple Rodef Shalom in Falls Church, VA where she has served since her 1990 ordination from HUC-JIR. She has played leadership roles in the CCAR and the Women’s Rabbinic Network and is active in supporting interfaith efforts to support those at risk in her wider community.