Being Jewish and Owning Privilege 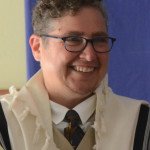 For as long as I can remember, pursuing justice has been a central part of Jewish communal life. But my understanding of how we pursue justice in the American Jewish community is shifting, especially around the relationship that white Jews have with historic and current structures of white supremacy.

Maybe because my father and grandparents were immigrants and spoke with accents, I never quite felt “American”. Or maybe I felt like I was American – but I didn’t feel that American history was really my history, or that American culture is really my culture, or that the American story was my story. My story was somewhere across the sea, sung in a minor key, transmitted through recipes for apple cake and Shabbos candlesticks and tales of wandering and seeking a safe home.

So, it takes a conscious effort for me to try to understand my experience as a white person in the United States, to own this history. It takes effort to see myself as an inheritor of the benefits of white supremacy. It takes effort to understand that my father could make a middle-class life for our family after coming here with just a few dollars in his pocket, not only due to his hard work and devotion, but also because of the path that was already paved for him once he arrived here—a white person’s path that is not, and has never been, available in the same way to people of color.

The listing for the all-day event said:

“At sundown, the Costanoan Rumsen Ohlone Tribe will lead a traditional Bear Dance healing ceremony in the Yerba Buena Gardens to begin to heal the damage done at this site, which was sacred to the Ohlone people. Ancestral graves were disturbed during the building of the Yerba Buena Center for the Arts in the early 1990’s, and although ancestral remains were reburied elsewhere, the tribe will dance to communicate with ancestral spirits in an attempt to bring peace and healing.”

I went to the gardens that night with my son Jesse who was about 11 at the time. I wondered at the courage it took for the Costanoan Rumsen Ohlone people to show up in this place where so long ago their ancestors had lived and died, and where so recently the city of San Francisco had knowingly and openly disregarded them and desecrated their sacred site.

As people gathered for the ceremony, the leaders invited everyone present to participate. They explained that there would be parts of the ceremony that were only done by the dancers, the leaders and the members of the tribe. And there would be other parts where everyone was invited to join in. As the tribal chief Tony Cerda said, “People in the city need healing too, not just people in the woods and in the mountains.”

I was overwhelmed by the magnitude of this generosity. The Bear Dance was healing for me. I saw new possibilities for how I can live and move forward, both as a Jewish person and as a white American. I felt, and feel, called to cultivate radical generosity, openness, and a willingness to notice my fears, without being deterred by them. And I had entered a new relationship with the indigenous people of the place where I live.

It feels clear that this time is one of great change and struggle. The untended wounds of our country are open and festering. Our beloved earth is groaning under the weight of our greed and disregard.

In this time, we can ask ourselves two particularly Jewish questions. First: Which parts of Jewish historical experience can help us, and help our allies and partners, to understand what’s going on and how to respond? How can our particular historical experiences and wisdom serve the movement to resist hate and authoritarianism and to build love and healing? Second: Which parts of our Jewish historical experience will seize us with a terror that sends us retreating into the fortress, where we try desperately to hold the terror at bay by closing our hearts to others, seeing other people as a threat and using our material resources to bolster our sense of security?

In my community, Kehilla Community Synagogue in Oakland, CA, we’ve been talking about a strategy of beefing up solidarity instead of beefing up security. It means opening ourselves up instead of closing ourselves off. It means building more and deeper relationships with other communities, especially those that are targeted. It means accepting what people say about their own experience and how they see the world and staying in conversation even when their perspectives are difficult or painful for us to hear. It means paying attention to who is most at risk here in any given moment, who is most vulnerable, who is most harmed by the systems of oppression that we operate in. It means being curious about the ways that we support and benefit from the structures of oppression that target others–if we’re white, if we’re cisgender, if we’ve got papers, if we’re not disabled, if our ancestors chose to come here from other lands. It means being Jewish in public and inviting people to join us — sharing all the amazing teaching and celebration that’s part of our practice.

In this spirit, some of the steps we’re taking at Kehilla are:

I continue to look to the teaching I received from the Ohlone people and the Bear Dance to help us cultivate our generosity so that we can be a truly welcoming home for all, especially those communities that continue to be “at-risk”. As the prophet Isaiah said: “My House shall be called a house of prayer for all peoples” (Is. 56:7).

Rabbi Dev Noily is the rabbi of Kehilla Community Synagogue in Oakland, CA. Dev is a graduate of the Reconstructionist Rabbinical College and was in the inaugural cohort of CLI.

« I am a Rabbi, and I Was Arrested on Capitol Hill While Protesting For a Clean DREAM Act » Hope in Times of Decline