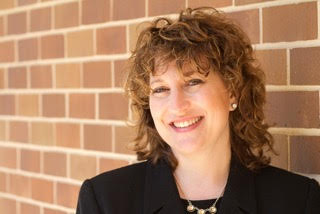 Long Island, NY is one of the quintessential suburban Jewish outposts, developing in the years following WWII. There are many synagogues of varying denominations, committed clergy and people in lay and professional leadership who do great work and are passionate and committed to serving this community.

We all know that the Jewish landscape has changed and continues to evolve, yet many synagogues are simply not set up to address these changes as rapidly as needed. Local demographics have changed, most especially over the past 10 years. Every year, there are synagogues that merge or have had to close their doors completely. While there are notable exceptions in this area, most synagogues report diminished numbers of students in their religious schools, reduced membership rosters and lower of levels of engagement in general.

Recent studies tell us that there are more than 200,000 Jewish residents of Nassau County alone. Nearly 80% of the Jewish population on Long Island (Nassau and Suffolk Counties) are no longer or have never affiliated with any synagogue or other traditional Jewish institution. We hear from many Jews who belong to the category of ‘used to’ – as in ‘used to’ belong or ‘used to’ be involved, yet are no longer.

There are many reasons. Among those cited are:

We know that a number of individuals and families have either left synagogues or have never affiliated at all. But have they left Judaism? Absolutely not! They may no longer seek a traditional model of Jewish connection, but they certainly seek to feel connected, and to be a part of a Jewish community. We aimed to reach these ‘seekers’.

In the Spring of 2015 a group of individuals from towns in the center of Long Island, representing both Nassau and Suffolk Counties, came together in a series of parlor meetings to explore what a new model for Jewish community in this geographic area might look like. People spoke eloquently and passionately about seeking a different kind of Jewish community for their family, not necessarily like the one of their parents’ or grandparents’ generations.

Those organizing the gatherings were looking to create a new and a different model – one that is completely open and welcoming, and that goes far beyond a single building. We sought to create a model that removes financial, social and religious barriers, real or perceived. Our group researched new models of engagement that had been established in other areas of the country. We found those models are almost exclusively in urban areas, and generally target singles and couples in their 20’s and 30’s. The question then became: “Could this small group really create an entirely new model for an intentional Jewish community on Long Island – the first of its kind in a suburban area?”

Makom NY launched in July, 2015. Our hope was to create an intergenerational spiritual community that meets suburban Jews where they are by igniting meaningful experiences and intentional relationships. Makom NY clearly understands that Judaism happens in varied places and spaces. As a start-up, we did not want to be viewed as competition that is ‘taking away’ from traditional institutions. Rather, as a new entity that would engage people in new ways, creating community and access to Jewish life and learning in an already vibrant local Jewish landscape. We aimed to engage these seekers.

Within the first year it became clear that Makom NY had struck a very positive chord. There was enormous excitement and energy in all areas, and our initial goals were rapidly being reached. People were coming to Makom NY with varied Jewish backgrounds and with no Jewish backgrounds. Individuals and families were connecting through intimate gatherings such as weekly Shabbat dinners in the Rabbi’s home, helping to further elaborate on what and who this new community could become.

It was abundantly clear that people are seeking meaningful worship, intentional learning and finding community that they could truly embrace. The emerging and evolving needs of the community drive all our programming – and it is exciting and gratifying to see the progress. We continually work to reach out to every participant in our community and listen to their stories. We regularly solicit feedback through ongoing conversations and relationship building. We regularly ask: “What are you looking for? How can we meet your needs?’”

Since Makom NY was established, much of our efforts have been directed toward meeting the needs of our participants – the seekers – in both programming and relationship-building. Our basic premise was if you offer engaging and interesting programming, then you can build and sustain a successful new community. That is true, yet it is not nearly enough. Over this period of time we also discovered what has become a key objective, an absolute necessity and a central part of our mission: Flourishing. It is our overarching goal to help our participants to flourish as human beings, with Judaism as the vehicle for that flourishing. Utilizing the Science of Positive Psychology and individuals’ Character Traits, (Check out the VIA Institute for additional information) we infuse this piece of the Makom NY model into every segment of our programming – worship, children’s education, adult learning and more. It is noticeably one of the most exciting pieces of this model.

We understood that we were taking a major risk in establishing a model that is not dependent on a typical dues or membership structure. Rather, we initially established a fee-for-service model that encourages people to donate to those specific pieces or programs in which they find value. We also knew that, by Year 3, this new model needed to become financially stable and fiscally responsible. To address this, we established a category for Shorashim – individuals, couples and families who support the community at varying levels, through automatic monthly or annual donations.

Now in Year 3, we can see substantive and measurable success in breaking down financial, social and denominational barriers so that all people feel welcome. The ‘risky’ non-dues/non-membership model that we established is clearly gaining momentum; as people see the value of being connected to a community, they are more willing to support it financially. We acknowledge that this is the singular piece that remains challenging; as with any new approach, it takes time to build. Given the initial success of the Shorashim + Fee-for-Service model, we estimate that our burgeoning community will be fully and financially viable within the next two years.

We are gratified at how many other communities, including traditional synagogues, have reached out to us, solicited advice, asked for guidance. Is this a movement? A trend? We are not naming it as such, yet what we do know is that these new, intentional models are making a positive impact on the Jewish landscape. Perhaps the time has come to form a new national network for these start-up and post start-up ‘mezzanine’ intentional spiritual communities.

Over the past two years we have worked hard on figuring out whom to reach, how to reach them and what kinds of programs to offer these ‘seekers’. A key lesson learned from our first two years is that we are on our way, and that this is the right path. This is a new reality that is worth it. And the Jewish community deserves it.

More information about Makom NY can be found at: www.makomny.org

Rabbi Deborah Bravo is the founder and spiritual leader of Makom, NY.

« Pharoah in your Zip Code: Bringing Some Chesed to Prisons » Look for Best Principles, Not Best Practices