Pharoah in your Zip Code: Bringing Some Chesed to Prisons 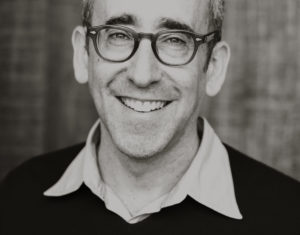 “From out of the meitzar, from out of a very narrow or confined space, I called out to God. You God answered me from a place of vast expansiveness.” -Psalm 118:5

It’s two days before Pesach here in Marin County. The Mitzvah Kitchen volunteers at Congregation Rodef Sholom are feverishly preparing matzah ball soup, brisket and all the fixings for 110 men at San Quentin Prison, three miles south of our congregation. It’s a massive effort, with last minute trips to the market, feverishly purchasing food and containers. I get a call from Rabbi Paul, the chaplain at San Quentin, who says to me, “Michael, they found some weapons here and the entire prison is on lockdown. No one is allowed to leave their cell. I hate to say this, but I’m not sure whether or not we are going to be permitted to have the Passover Seder or not.” I walk over to the kitchen and I say, “Hey Chef, does brisket freeze well? How about matzah ball soup?”

Needless to say, the ensuing 24 hours were more than stressful on our end at the Temple. The morning before the first seder, Rabbi Paul called to tell me that by some stroke of Divine intervention, the warden greenlighted the San Quentin seder. With the sun high over the San Francisco Bay, erev Pesach, my three daughters and I handed over the goods to Rabbi Paul at San Quentin’s West gate.

Until four years ago, I knew very little about the plague of mass incarceration in America, about how America has 5% of the world’s population but 22% of the world’s prisoners. But then, while taking a ferry past the very entrance to San Quentin, I read Michelle Alexander’s seminal book, The New Jim Crow, which rocked my world and woke me from my slumber. I learned about how this vicious and often unjust system is ripping apart families and communities and how mass incarceration is like modern-day slavery. Soon after, I went inside to teach men at San Quentin. Noting the radical disparity between the racial makeup of the men incarcerated inside San Quentin verses the racial makeup of the population outside in Marin, I realized that the “new Jim Crow” was alive and thriving in my town, on our clock, and on our dime.

What are we to do when a form of bondage is taking place in front of our eyes? When Pharoah is operating in our zip code? I set about meeting as many criminal justice reform activists as I could. I brought them to teach my congregants. We met weekly, to unpack issues of white privilege. We witnessed the redemptive restorative justice program at the San Francisco County Jail. We taught inmates who work with the Prison Hospice in Vacaville about taharah, the holy ritual of washing dead bodies before burial. And we forged a connection with the Jewish community inside San Quentin, learning and singing and celebrating Jewish holidays with them.

Dan Nichols (jewishrock.com) and a small group of my congregants go in regularly to sing with the San Quentin Jewish community. These hour-long song sessions that we have there with 50 or 60 men packed into the small chapel have been some of the most liminal and redemptive moments in my rabbinate.

There’s a bald African American man in his early 50’s in the group. I’ll call him Jeremiah. Every time we come into sing, I can’t take my eyes off of Jeremiah. As the music in the room rises, a sense of serenity descends on him and his face beams with the widest smile imaginable. It is in those moments, as the room is filled with song, and a real sense of shalom permeates our souls, that I know that we have delivered a small measure of healing light to these men who are walking through a darkness that I can’t begin to imagine.

Michael Lezak served as a rabbi at Congregation Rodef Sholom in San Rafael, California for 14 years. In July, Rabbi Lezak began working as a rabbi in the Center for Social Justice at Glide Memorial Church in San Francisco. Rabbi Lezak co-chairs the board of T’ruah: The Rabbinic Call for Human Rights.  He is married to Rabbi Noa Kushner and is the proud dad of three daughters.