How Your Congregation Can Transform Life for Its Members 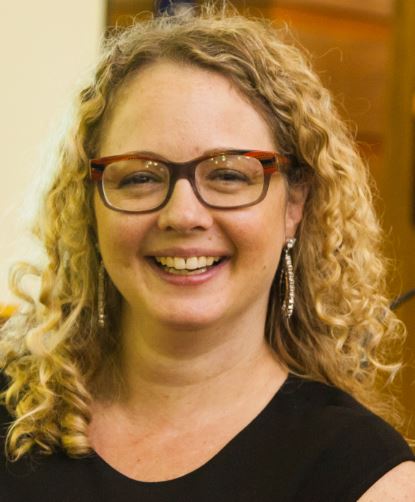 n 2013, four visionary congregations – Central Synagogue in New York, NY, Temple Emanu-El in Dallas, TX, The Temple in Atlanta, GA, and Congregation Emanu-El in San Francisco, CA – began to work together, in partnership with the Union for Reform Judaism, on a new strategy and vision for congregational life. That vision centers around “small groups,” a concept adapted for our purposes from the world of mega-churches.

Temple Emanu-El in Dallas articulated the vision this way: “Imagine hundreds of Temple members gathering regularly in small groups to learn and laugh, to rest and rejuvenate, and to deepen connections to one another, to the congregation, to the Jewish people, and to the rhythms of Jewish time and life.”

What exactly are small groups – and how do they help us reimagine congregational life?

Small groups (fewer than 15 people) focus on the lives and significant concerns of a congregation’s members. Organized around topics of shared interest, similar life stages, and neighboring geographies, small groups feature shared Jewish experiences, learning, and celebration, and are guided by lay leaders. The groups meet regularly, and shared accountability among members is high.

In some ways, small groups are an incarnation of chavurot (friends, literally, who gather for Jewish worship, learning, and lifecycle events), but they have two distinct differences:

2. Small groups are a philosophy, not a program. They are not meant to be another “program” the congregation adopts, but rather are designed to reshape the way we think about everything we do in the synagogue world. Congregations successfully using this model are rethinking their membership engagement strategies with an eye toward making all areas of synagogue life – from Torah study to scholar-in-residence initiatives and from worship to social action – more relational. As one leader explained, “We are trying to move synagogue membership from a business transaction to an emotional investment.”

These stories exemplify how small groups can transform congregational life.

1. Small groups create paths to congregational leadership and engagement. According to Rabbi Lydia Medwin, traditionally there were three ways to becoming a leader within The Temple in Atlanta: become the rabbi, join the board, or chair a committee. Thanks to small groups, there are now 48 different ways to lead, and there will be more as the number of small groups grows.

2. Small groups enrich relationships among congregants. When Temple Emanu-El in Dallas’ community garden members participated in an early pilot of a small group, a longtime congregant had this reaction: “I thought I knew these people. I had been gardening next to them for years. It turns out I knew nothing about them. Today, I feel much closer to them; we have supported each other through periods of mourning with meals made from the garden’s produce, shared hilarious moments of camaraderie, and developed meaningful spiritual practices.”

3. Belonging to a small group becomes the most meaningful aspect about synagogue membership. At Central Synagogue in New York City, a member of the 20-somethings small group, whose members typically are in a transient stage of life, spoke volumes about the work of small groups when she said, “I’m going to miss New York City and the great things about this place. But the hardest thing is leaving my small group.”

Using a collaborative model similar to the one the first innovating congregations used to develop their small groups, including the curricula and training that helped make the groups successful, in 2016 we began working with 19 additional congregations of various sizes across North America in a URJ Community of Practice on Engaging Congregants through Small Groups with Meaning. Not only is this work generating tremendous energy, but also transforming congregations into the focal point of meaning and relationships in people’s lives. It is making the impossible seem realistic for all. Indeed, I am energized when I think about what congregations may look like with a small group mindset at their core.