How Free Ice Water can Save your Synagogue 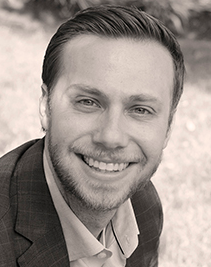 Much is being written these days about the attempt to rejuvenate struggling North American synagogues. I want to add my voice to the conversation by offering a transformative model that, I am sure, no one considered. That’s because not only does the model come from outside the religious world, it is also tucked away in a place no one would think to look: in a small South Dakota town called Wall.

Wall, South Dakota is home to Wall Drug, a unique store that features everything from buffalo burgers to nickel coffee, the world’s largest jackalope, a Singing Cowboy Orchestra and a wall of news clippings about people standing at the wall of clippings reading about people standing at the wall. But more than this, Wall Drug has an extraordinary story that has much to teach.

It begins in the Great Depression. Unable to support his family as a farmer, 28 year-old Ted Hustead, took his wife and 4-year-old son, loaded a truck, and moved to Wall. At the time, Wall’s population was about 350 people. With the $3,000 he had to his name, Ted purchased a small pharmacy. To his dismay, however, business was terrible. There simply weren’t enough sick folks in Wall at any given time to support a pharmacy.

The Husteads were on the verge of bankruptcy when Ted’s wife, Dorothy, came up with a desperate scheme. One afternoon, she tried to take a nap, but the noise of passing traffic on the nearby highway made it impossible for her to sleep. And then it hit her: With all those people on the road, there must be some way to draw them into the store. “We got plenty of water and ice,” she told Ted, “so why don’t we put up a few signs on the highway offering free ice water?”

It was a long shot, but Ted agreed it was worth a try. He put up some billboards along what is now Interstate 90, and barely minutes later, thirsty travelers began to flock to the store. More and more customers heard and followed and business boomed.

Energized by the initial success, the Husteads kept expanding the store. In time, they were spending $300,000 a year on billboard advertising. Eventually, Wall Drug signs could be seen in all 50 states, on London city buses, and even in train stations in Kenya. With the help of this aggressive campaign, the Husteads made a fortune. Today, Wall Drug takes in more than $10 million a year and draws some two million annual visitors.

The Husteads’ success boils down to one strategy: meeting people where they are. How did Wall Drug do this? First, the Husteads considered what real people actually needed. In the days before cars had air conditioning and before the advent of the interstate highway system, travelers traversing the old highways needed places to cool off and refresh. Dorothy Hustead intuited this need and recognized Wall Drug had the capacity to meet it.

Second, Wall Drug cared about each and every customer as a person. They didn’t simply offer ice water to their customers. Rather, they offered “free ice water.” By making the first encounter with a customer be about caring for his or her needs without a quid pro quo, Wall Drug showed that it cared more about each person than making a sale.

Third, the offer of free ice water made the store accessible. It signified to the customer that the shopping experience would be free of judgment or pressure and made it as easy as possible for them to decide to walk through the doors.

And fourth, they brought their message directly to the people, literally meeting people where they were. The Husteads knew that they couldn’t simply wait for people to come to them. They had to go out and bring people in. And the strategy paid off.

Meeting people where they are requires four core attributes: dynamism, warmth, caring, and passion. Dynamism is about continually evaluating people’s needs and doing whatever the moment demands to remain relevant to those needs. Warmth is about providing ways in and breaking down the barriers that restrict access. Caring is about making sure each individual knows that he or she matters, that a relationship is the highest value. And passion is about energetically reaching out to those who are not yet part of the experience.

God, according to Jewish tradition, exemplifies those same values. Take the story told in Genesis 21, for example. God hears Ishmael’s cries, assesses his needs, and determines to take direct action. God makes it as easy as possible for Hagar and Ishmael’s needs to be met, shows care for Hagar and Ishmael by addressing their needs without asking for anything in return and intuits their needs and proactively offers help before they even request assistance.

One of the imperatives of the Jewish tradition is that we are called to act like God, to act in accordance with the highest imaginable ideals of compassion and justice. So, what would North American congregations need to do in order to act more like God and meet people where they are?

While it is true that we live in a time of cynicism and individualism, people today still seek spiritual nourishment, meaning, purpose, and community as much as ever. Consider, for a moment, the fact that the same Jews who don’t normally come to shul flock to other forms of spiritual practice. People are hungry for ways to impact their world. And signs abound that folks are rediscovering the profound physical, emotional, material, and spiritual benefits of real, in-person community and are becoming hungry once again to forge a network of meaningful relationships for themselves and their families.

Of course, Judaism cherishes and offers many pathways to spirituality, purpose, and community. So why is it that only 30% of American Jews belong to synagogues? Because synagogues rarely purport to be soulful, enriching, relational centers. Synagogues tend to view their mission as getting people to be more Jewish (by which they typically mean observing more Jewish ritual practices, acquiring more Judaic knowledge) and investing more in community. Those may be worthy goals, but pursuing them is a losing proposition. The vast majority of Jews already feel sufficiently Jewish without extra ritual observance, learning, or communal responsibility.

This dynamic approach would require synagogues to scrutinize the spiritual impact of their worship, developing prayer experiences that focus on inspiring feelings of joy, transcendence, and connection. It would call for synagogues to shift emphasis in their educational approach, from teaching about Judaism to utilizing Jewish wisdom as a tool to encourage personal growth and to inspire concrete action in the world.

The typical synagogue has many such barriers. While Judaism is a thoughtful and spiritual tradition, it can also feel prohibitively technical and foreign. Even people who have had a lifetime of Jewish involvement can sometimes find Judaism perplexing or even intimidating. This is all the more true for people who are on the outside of the Jewish community looking in. They feel that they will be completely out of their depth, that they will be pressured into a lifestyle that is totally foreign to them, that they will be judged for every little thing: for what they wear or don’t wear; what they say or don’t say; what they practice or don’t practice; what they attend or don’t attend; for what they know or don’t know. Sometimes their fears are imagined, but more times than not, those concerns turn out to be all too real once they walk through synagogue doors.

Synagogues need to remove the hurdles that too often bar entry, especially the implicit preconditions and the judgment of those who are the stewards of the institution. If synagogues were to offer Jewish spirituality and wisdom in ways that are accessible to all, then people on the margins would be drawn in. There is a Yiddish term for this kind of approach, heymish, meaning “like home.” Heymish evokes friendliness, informality, and a lack of pretense. Creating a more heymish atmosphere can be as simple as keeping the door open during services so that no one feels locked out, creating new services and classes to provide new ways in, or inviting people to come dressed casually to Shabbat services, communicating that no one cares what you’re wearing, as long as you show up.

The goal of meeting people where they are at is undermined by the traditional dues model of most synagogues. The traditional dues model sends the implicit message that the fullness of Jewish life is reserved only for those who make an up-front financial investment. This dynamic makes many feel that synagogues prioritize finances over relationships.

For synagogues to be successful they need to demonstrate that they care more about people than about money. They need to show through their deeds that every individual matters, regardless of their age, stage, religious background, gender, abilities or disabilities, sexual orientation or financial level. They need to ensure that all are nurtured and connected. They need to create welcoming spaces for those traditionally at the margins of Jewish life, like interfaith families and the LGBTQ community. And they need to take seriously their humanitarian and planetary obligations.

For Jews, this should not be novel wisdom. We are taught that outreach was precisely how the first Jewish couple, Abraham and Sarah, built the Jewish people. While we must not push Judaism as “the path to salvation,” synagogues ought to freely share Torah as a worthy path to a life of meaning, purpose and goodness, both to Jews and also to people of other backgrounds whose lives might be enriched through Judaism. This work requires passionate outreach. It requires devoting money and people-power to marketing and advertising. And it requires actively offering our faith to those who are not yet in the fold.

North American Synagogues have set up shop on a highway jammed with thirsty travelers. To succeed, they must have plenty of ice water for the weary, ensure that their water remains free, and see to it that all the drivers on all the roads in all the world know about it.

Rabbi Michael Knopf is rabbi of Temple Beth-El in Richmond, Virginia. He is currently a Clergy Leadership Incubator (CLI) Fellow. Named one of “America’s Most Inspiring Rabbis” by the Jewish Forward, he enjoys movies, traveling, and pizza.