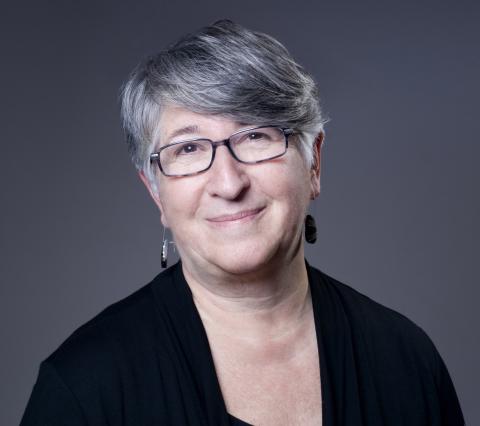 Four and a half years ago we at Kolot Chayeinu/Voices of Our Lives, a progressive independent Jewish congregation in Brooklyn, NY, decided to begin some deep, internal work about racism. We were determined to keep our goals internally focused. We knew we had a lot of work to do on our own attitudes.

It has been amazing to see this work develop over the same years during which American racism in action has caught the attention of the media and the public. Each time a young Black man or woman is killed with impunity by a police officer, too often on camera, we white Jews realize again how ingrained our own racism is. As we have done the work —meeting every month in a group deliberately comprising equal numbers of white people and people of color— we have seen the number of adults and children of color in our congregation grow and our reputation develop as the synagogue to go to if you are a person of color or in a multiracial family. In the last four years we have at least one teacher of color in our school each year, one person of color on the board (though we hope for more), and three people of color have converted to Judaism, having found the Jewish community they had been seeking.

This white Ashkenazi rabbi, who grew up in northern Virginia during the time of segregated schools, separate water fountains and chain gangs, not to mention the presence of the American Nazi party, has been humbled by the experience. My congregants have been respectful, patient and encouraging of my own learning curve and have been willing to share their deepest fears and strongest hopes. A few years ago, one person of color and I gave a sermon together on Rosh HaShanah and last year a group of white members and members of color gave a group dvar Torah on Yom Kippur. Many members remember especially a line from that dvar Torah, spoken by a white member who is married to a woman of color: “And there I was being racist even on the way to the Race Task Force meeting!”

We started this process four years ago with tentative conversations across divides. Soon we sent five members – from our Race Task Force and board to an Undoing Racism training sponsored by the People’s Institute for Survival and Beyond. In the past two years our Education Director took all of our teachers to a training by CARLE on racism and then we brought the same trainers to work with the rest of the staff and the board. We are planning a training on racism and anti-semitism for the fall of 2016, made more urgent by the current discussions about the Movement for Black Lives vision platform and its language about Israel.

We have always tried to connect our work on race and racism to our Judaism: We have held conversations on race in the sukkah (or its surrogate on a rainy night), a panel during Chanukah, and our multiracial families group holds an annual pre-Pesach seder with children of all ages. One task force member of color and I did a workshop for students from the Boston-based Hebrew College and another member of color and I taught a session at the Reform seminary, HUC-JIR in New York during a Yom Iyyun about race and racism. Two friends, Rabbis Myriam Klotz and Rachel Timoner, suggested that maybe I was the one to try to implement an anti-racist Omer Counter with the congregation. They had thought of the idea but, given the anti-racism work that my congregation had already engaged in, it seemed like a good fit. The idea struck a chord with me and off we went. We decided to use the ritual of counting every day of the 49 days that separate Pesach and Shavuot as a way to create heightened consciousness and sensitivity to race and racism in our country and in our lives, though we realized we probably needed to start with 7 weekly reflections rather than 49 daily ones!

Following a Kabbalistic tradition, each of the seven weeks of the Omer is framed by a theme: hesed, gevurah, tifereth, netzakh, hod, yesod and malkhut. I wrote the first week’s reflection and approached seven individuals — rabbis, organizational leaders and thoughtful members of our congregation, both people of color and white people — to write commentaries on one of these themes. Building on the theme of Pesach, we asked our commentators to address two questions: a) After freedom from slavery, what? and b) What can and will white people, white Jews, do about racism?

You can see the results at: http://www.kolotchayeinu.org/Anti_Racist_Omer-Counter.

Each of our writers and we at Kolot sent this out far and wide during sefira and we got many positive responses. It was not the be-all and end-all of Jewish attention to issues of race but it was a uniquely Jewish way to think about that attention. And then came the awful summer of 2016. The Omer is a journey of 49 days, reminding us of our ancestors’ journey to freedom. The current situation has made one African-American leader who attends our services ask, “How long, O Lord?” How long, indeed?

We at Kolot do not have all the answers. But we do have kavanna, the strong intention to make this one synagogue into an anti-racist congregation, starting from the inside. [We are pleased now to be hearing from others in Philadelphia and Boston]. The first action we took was to give instruction to our shamases, the folks who greet people at our door on Shabbat. We learned from some of our members of color that the greeters were not greeting everyone equally. So we said, “It does not matter what you think. You must greet equally every person who comes to our door, starting with a smile and a warm “Shabbat shalom.” The change was subtle but crucial and made a world of difference. One person of color who is now a leader in the community told us that it was Kolot’s welcome at the door, unlike that in many other synagogues he visited, that led him to find a home here.

So we learned that change begins with one small step. God says, “Give me an opening the size of the eye of a needle ….” That is how we began. Four years of talk, reading, and change later we were able to count every week for seven weeks the ways in which racism affects us as Jews, white or people of color.

5777 approaches. And our work continues anew.

Ellen Lippmann is founder and rabbi of Kolot Chayeinu/Voices of Our Lives, building a progressive Jewish community in Brooklyn since 1993. Rabbi Lippmann served as national co-chair of Truah: The Rabbinic Call for Human Rights. She is the former East Coast Director of MAZON and former director of the Jewish Women’s Program at the 14th Street Y in Manhattan.

« What Jewish College Students Can Learn from Their Hometown Congregations » Re-Inventing Synagogues: From Within