What Jewish College Students Can Learn from Their Hometown Congregations 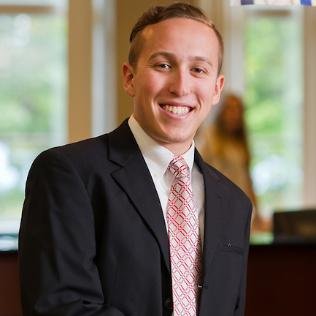 Antiquated, stuffy, boring, archaic and tranquil. Those might be the terms millennial Jewish college students would use to describe the synagogues where they grew up. Whether coming from a Reform, Conservative, Reconstructionist, Renewal, Orthodox or other background, it rarely seems “cool” to reminisce about going to Sunday Hebrew classes, attending Shabbat services or joining the local Jewish youth group as the highlight of your Jewish upbringing. At Hillels across the country, the chatter focuses on politics, romantic prospects or the in-crowd. But what if the 18-21 year olds were wrong – what if their childhood Jewish experiences did add value to their lives, offering lessons that they will never embrace or even understand?

This Simchat Torah, I found myself, a 25-year-old young Jewish professional, visiting home. Of course, upon my arrival, my mother was elated to bring me over to our local shul, Temple Beth El in Springfield, MA for the evening’s celebratory service. I expected the norm – seeing the regulars, bidding a chag sameach to all, and catching up with those who saw me grow from an adolescent into a man. I may have enjoyed this traditional experience a bit more than the typical millennial, as evidenced by my now being a Hillel professional. What I experienced that evening though was beyond expectation – it changed my own preconceived notions of what it meant to be part of a local Jewish congregation in New England. Moreover, I saw how much I had learned, and still can learn, from going to shul.

Resilience – We have all read the same story in numerous publications across a geographic range of American communities – yet the story is the same: waning numbers and congregations dying out. What I witnessed at my local Conservative synagogue was a renewed sense of energy, hope and prosperity. Sure, Beth El has had its financial struggles and attendance issues; however, give credit where it is due. In this case it is due to Rabbi Amy Wallk Katz, the spiritual leader of the congregation, now in her eighth year, who has found new ways to make Judaism relevant in the 21st century. The room was packed with at least 200 people, including many young families. The dinner was scrumptious and the hakafot (dancing with the Torahs) fun, with a DJ calling the shots instead of a cantor or rabbi. Add a yummy and free dessert for all, and it was a slam dunk event.

Acceptance – Jewish communities are devoting energy and time to increasing their pluralism just as fast as a Snapchat is sent. The event was full of diversity. Congregants ranged in race, socioeconomic status, age, gender and even sexual orientation. What amazed me was how jubilant everyone was. It was as if the large banquet hall was an iPhone’s emoticon, smiling ear-to-ear. Nobody questioned where anyone was from, no awkward stares were shot at each other, and, most importantly, everyone was a “popular kid”.

Warmth – Openness is a result of trickle-down leadership throughout Jewish communities – and it either makes or breaks an organization’s culture. The fact that I had not appeared at my shul for over two years made no difference. Hugs were given left and right as if it was a Thanksgiving dinner at bubbe’s house. If I, the 25-year-old urbanite, felt the compassion and caring, I knew why so many others had showed up that night.

Youth can certainly teach their parents and elders many of life’s most important lessons – embody a carefree attitude; take risks; dare to be silly. However, too often, both millennials and their preceding generations believe that the 30-70 year olds have nothing to teach them. It is more than what your grandma or grandpa told you about listening to their childhood stories. Collegiate Jewish undergraduates today are so wrapped up in their own digital lives and twitter-verses that they fail to pause and see the macro level aspects of congregational communities that have invigorated the Jewish people dating back to pre-Holocaust times and formation of the state of Israel.

So the next time we wonder how to improve Hillel life on campus, or think that congregations are out of touch, pause and remember that life’s most important lessons aren’t always included in a text message. Sometimes it might be right in front of you, if you’d only look up from your smartphone.

Ethan Sobel is the Director of Student Life at Boston University Hillel. This column first appeared in the Boston Jewish Advocate.