Let’s review some key data: The Jewish community is dramatically more diverse than we once 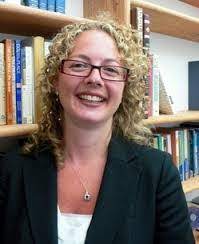 realized it was: One in every seven to eight Jews is a person of color; we have a sizeable LGBTQIA+ population; and the number of Jewish-adjacent individuals in our communities is growing. At the same time, religious affiliation is in decline, more houses of worship are shutting their doors than opening up for business, and “Jews of no religion” are on the rise. What’s more, today’s increasing lifespans mean we’re serving as many as five generations of adults in our congregations.

Although this diversity of life experience is a blessing, it can also be a challenge. Often, as with any group of different experiences and generations, its members have varying needs and desires.

What do these and other trends mean for the future of the congregational model? We at the Union for Reform Judaism recognize the need for, at a minimum, five key shifts in the mindsets and behaviors of congregations and their leaders. 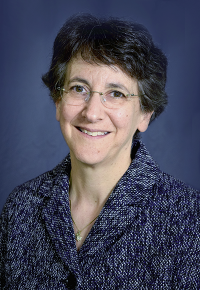 Becoming more focused on leaders who can deliver means saying “yes” more often. When someone says, “I’d love to be in a photography group. Does the congregation have one of those?” we don’t respond with, “Let’s put that on the agenda of the next program committee.” Instead, we say, “Not yet. Would you like to start one?”

Often, this type of behavior will come from leaders outside the congregational leadership system – including those who haven’t yet joined and members who don’t have a title or a position of authority. To implement this approach, then, congregations and other legacy institutions will need to learn how to reward entrepreneurial behavior and find ways to develop leaders who behave this way.

Rather than the standard text-to-life approach – i.e., trying to engage people with a piece of text or by just urging people to come to services – starting with people’s lives requires embracing a life-to-text approach.

That means that, instead of offering a congregational course on “Shabbat: An Oasis in Time,” filled with text study and Heschelian quotes, we might instead offer a course called “Answering the Challenge of Being Overwhelmed,” held at the local school. It might mean partnering with therapists to offer a learning opportunity for couples to talk about strengthening their marriages – using Jewish lessons and stories to teach the values that help support healthy partnerships.

This approach has implications for how clergy and educators prepare to work with individuals on a life-to-text basis. Addressing individuals’ needs may require different skills and mindsets from leaders who have embraced the status quo and who are primarily concerned with filling seats in programs.

Shift 3: Worry less about affiliation and membership; instead, move toward a culture of belonging.

When we become more focused on building a culture of belonging, we have to change the questions we ask ourselves. Now, we often ask: How do I get so-and-so to join? Why aren’t they members? Instead, we need to ask: Do people feel seen, heard, known, and loved? Do people feel like they are home?

Congregations will need to recognize that although they occupy an important part of the Jewish ecosystem, they will not be its sole residents. As Jewish start-ups experience explosive growth (which only will continue), individual Jews and their families will likely not claim allegiance to just one place but rather may seek to belong in multiple venues and spaces. This will open up the opportunity to embrace participants who have not joined and to welcome the energy they bring to the community, finding other ways to have them pay for their participation. It will also reinforce the need to collaborate even more.

All of these changes will put pressure on congregations’ economic models, which will need to account for the fact that, going forward, people may not join a single institution for a long period of time. These communities will need to devise new ways to fund what they do.

Imagine what it would mean to create and co-construct with new audiences, rather than only imagining with the current folks coming through your doors.

It means acknowledging that just because you don’t see Jews of Color in your congregation – or transgender Jews, or working-class Jews – it doesn’t mean they don’t exist; it means we haven’t yet eliminated the barriers to their participation.

It means taking a hard look at who we honor with positions of authority on our boards.

It means asking hard questions about what Jewish life and rituals look like for Jewish-adjacent folks in our community. What might a rabbi-led funeral look like for a member of our community who isn’t Jewish – someone for whom the synagogue is the only spiritual home they’ve ever known? What would it look like to build a community with folks whose grandparents are an integral part of their children and grandchildren’s lives?

It means stopping the use of the language of welcome that assumes that new people are invited to adapt themselves to our existing framework and saying instead, “We recognize that the Jewish people is made up of all kinds of Jews. Let’s co-create a Jewish experience or a Jewish space together.”

When we become more person-centric and less focused on the needs of the institution, we become more empathetic and curious about people. Rather than simply asking, “Why aren’t they giving more of their time and money to this place?” we wonder about their pain points and how they want to live their lives. Instead of organizing a congregation’s central activities around the needs of what leadership deems important, the organizing principles become the questions that animate people’s lives.

There are, of course, implications of this approach, particularly for congregations, which are often so attached to the assets of their buildings, infrastructures, and staffing models that they are unable to innovate or take risks. In order to truly shift the focus from the needs of the congregation to the needs of the people it serves, leaders will need to develop the ability to ask whether their current assets serve them or keep them from experimenting.

We should also realize that many congregations, as they are structured today, aren’t engaging with the real, human, Jewish needs of our clergy and professionals. For every rabbi who aspires to be a senior rabbi, there are twice as many who don’t want that life. Our educators, cantors, rabbis, and executive directors were called to the sacred work of transforming people’s lives; they didn’t want to run membership institutions. How do we work together to get create a place where we can all flourish?

Putting people at the center of our work will help congregational leaders see that serving the needs of the community will make it more likely that the institution will survive – rather than the other way around. This will allow congregations to embrace greater collaboration, instead of seeing other institutions as the competition.

When Jerusalem was under attack, and the Temple on the verge of collapse, a visionary named Rabbi Yohanan ben Zakkai snuck out under cover of night, hiding as a corpse, to create a new way of Jewish life without the Temple at its center. But we need not wait for the Romans to destroy our Temple to realize that this is a moment of deep change for those of us leading and supporting congregations.

Today, there are hundreds of Rabbi Yochanan ben Zakkai’s ready to imagine and build new possibilities of Jewish life – and we don’t want to have to do it in darkness, hidden under the cover of a shroud. Let us become what the future needs us to be, and let us do so boldly, unapologetically, in broad daylight.

« Can Mussar Help Us Repair the World? » Turning a Synagogue into a Jewish Cultural Campus