Over the past two years, I have been part of leading a number of 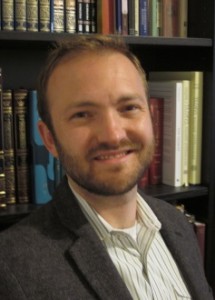 campaigns at Temple Beth Sholom, Miami Beach that made a positive change in our greater community while deepening our congregation’s commitment to meaningful social justice engagement. Our work in helping to shut down the for-profit, child detention center adjacent to Homestead, FL was our most galvanizing campaign to date.

Here’s how it worked in our case. In 2018, our congregants began talking about the wave of new and cruel immigration policies including family separation. We knew that the interest in this issue was explosive, but the question was where to channel this energy. Our Social Justice Network initiated a research task force and zeroed in on the Homestead Child Detention Center. We knew that we were not the only Miami area organization concerned, so we sought out allies by meeting with leaders of immigration rights groups.

The next question was how to engage in a way that would mobilize the community and engage members across the generations. Our first project was child-to-child letter-writing – a brilliant project created by our new friends at the migrant-led, American Friends Service Committee (AFSC). It allowed us to engage our synagogue’s day school and supplementary Jewish school and teach our children about empathy and justice.

When we went to the detention center, the guards refused to accept our letters and no one from inside would come out to meet us. Instead of feeling defeated, our families became angry and determined to keep showing up. It moved us from participating in a justice “outing” to committing to a powerful protest movement. Ultimately, the campaign to shut down the Homestead Detention Center garnered national media attention. Our coalition invited the Democratic presidential candidates to witness what was happening there during the debates in Miami. And we reached out to national Jewish organizations to sponsor protests with us. As a result, we formed a coalition with the Religious Action Center for Reform Judaism; T’ruah: The Rabbinic Call for Human Rights; Bend the Arc: Jewish Action; and HIAS.

The campaign to end child detention, like any social justice pursuit, is a marathon, not a sprint. In our case, the Homestead Detention Center made plans for a “warm close” in October, 2019. That meant the children would be reunited or moved to longer-term care facilities that met state regulations.

But our Temple’s long-term relationship with the migrant-led immigrant rights organizations did not end. When COVID-19 struck, our friends at AFSC reached out asking for us to help a young man in ICE custody, who was set to be released because he came down with COVID while in government custody. We raised funds to pay his bail and costs of reintegration, an opportunity we would not have known about without our coalition partners. Now, our newly formed RAC-FL chapter is teaming up with our allies in the immigration justice coalition to feed

families in need during this crisis and to get out the vote in Black and Brown communities throughout the state, including many immigrant communities.

So here are the larger lessons I learned as a rabbinic social justice leader and which I believe can work in a range of Jewish communities.

One successful campaign may open congregants’ eyes to the interconnectedness of social injustices and the need to fix broken systems that undermine our democracy. This is the true meaning of tikkun haolam. And we can only do it well in coalition, based in diverse, authentic relationships.

Rabbi Ethan Bair is Associate Rabbi at Temple Beth Sholom, Miami Beach, where he leads the congregation’s social justice engagement. He is an alumnus of CLI-Cohort 1.

« When Leaning In is Not Enough: Women Rabbis in the Pulpit » It’s time for the Suburban Synagogue … Again