Educating Rabbis in a New Paradigm 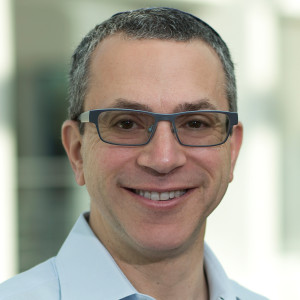 I recently co-edited Keeping Faith in Rabbis: A Community Conversation on Rabbinical Education, an anthology of essays about 21st century rabbinical education and leadership. What emerges from the essays from a wide array of voices is the realization that the community that gave birth to today’s rabbinical schools no longer exists. However, even with the awareness of being in a new era of American Jewish community, rabbinical education is generally still rooted in incompatible paradigm principles of the past.

Before suggesting how the education of rabbis can change in this new era of Jewish life, we need to clarify what a paradigm is, and to better appreciate just how profound the transition is from the old to the new paradigm. A paradigm is as a set of lenses through which I read my world of experiences. These lenses enable me to sort, categorize, analyze and make meaning of my world and the people who are central to it. Absent a paradigm, all actions, changes and behaviors are relatively equal. With a paradigm, I have greater likelihood of prioritizing the things in life that matter the most to me and shape my future.

Joel Barker, renowned for his work in applying the concept of paradigms to organizations, identifies how to recognize a paradigm shift in a definitive video called, “The New Business of Paradigms” (updated 2013 edition): “No matter how tall your skyscrapers, or how big your market share…when a paradigm shifts, everyone goes back to zero. Your past success guarantees nothing in your future.” Barker’s insights apply just as well to the Jewish community as they do to business.

The enduring paradigm of the modern Jewish community that gave birth to established and even most new rabbinical programs originated in mid-19th Century Western Europe. This paradigm took root in the United States toward the end of the 19th Century and reigned through most of the 20th Century. It rested upon certain givens that included defined boundaries of nations and communities, the subordination of the individual to nation and community, a belief in rational, linear progress, stable bodies of knowledge that needed to be mastered to attain the status of an authority, a dynamic tension between requirements of Judaism and expectations of citizenship, and organizations as self-contained, closed systems.

During the early decades of this paradigm, even if Jews did not practice ritual, they established and joined congregations because it was a way of fitting into Protestant America. The informal names of their congregations (e.g., the “Hungarian Shul”) reflected their immigrant roots even as they strove to rapidly acculturate their children to America. The reality of a modern State of Israel was added to the paradigm of Jewish community in the mid-20th century, but Israel was presented paradoxically, both as a fragile entity dependent upon American Jews’ commitment to its survival and an almost invincibly, heroic county.

In the recent past, there was a logical division of labor that grew from the paradigm of linear, self-contained, defined organizational boundaries. The Federation system and its beneficiaries organizations were responsible for the secular welfare of local and global Jewish communities and congregations and related denominational structures tended to the religious and educational needs. The lines between the federation and congregational systems began to blur soon after Israel’s Six Day War when federations began to support Jewish education and congregations stepped up their public support for Israel.

By the time the 1990 National Jewish Population Survey was released, you could already see the stress fractures of the reigning paradigm in play in the Jewish community: declining levels of Jewish identification; rising rates of intermarriage; disillusionment with the Jewish establishment; and the corresponding rise in “mega” donors and family foundations that challenged existing communal priorities.

In the 21st Century, we can now clearly see a new paradigm of a world characterized by human networks that can upend governments or fund game-changing products; an unbounded start-it-yourself and share-it-with-others ethos; and heightened influence of lone individuals, ephemeral crowds, and enduring social networks. Individuals have the ability to span cultures, geography and time, and relatively small groups have the means to violently shift national borders.

The American Jewish community has naturally been affected by this new zeitgeist. For many Jews today, the beliefs, behaviors and values that animated the Jewish community have lost their grip. Beliefs don’t hold people. Rather, people hold beliefs—and may discard them when they no longer “work,” customize “new traditions,” or design Jewish rituals drawn from multiple faith traditions. As a result, we might call the Jewish community of the United States, “Jews Without Borders.” Here are a few examples to support this claim:

Decades ago, Israel tended to galvanize more than polarize; today, it appears that the opposite is increasingly true.

Formerly, intermarriage was perceived as a taboo; today, outside of the Orthodox community, speaking against intermarriage is considered a taboo, and the Reconstructionist Rabbinical College recently decided to admit and ordain students who have non-Jewish partners.

Synagogue programming implied a “normal” Jewish family was a heterosexual married couple with children; today, LGBTQ families, and individuals who are living with or married to non-Jews, have successfully broadened the definition of a “Jewish” household.

It’s no longer possible to say, “Not in my lifetime” about female Orthodox rabbis.

Through the early 1990’s, the major funding stream for Jewish programs and infrastructure was the federation system. In the early 1990’s, “mega” and family foundations began to infuse massive funds into new and established organizations that better reflected their interests. Crowd-funding platforms like Kickstarter and more recently, Jewish Giving Circles supported by Amplifier, may soon provide alternatives and challenge current primary options.

Money, power, knowledge, organizing, influencing, communications and changed attitudes on major social and religious issues have converged into a new paradigm that has disrupted much of the old order of the Jewish community. This new paradigm is characterized by instability, surprise, chaos, improvisation, divergent thinking, emergent grassroots mobilization and ownership, irreverence and entrepreneurship. Who gets to decide what is authentically Jewish in this new paradigm? For Gen X’ers, Millenials and increasingly, Boomers, that privilege no longer resides with Jewish authorities; it can come from anyone and anywhere.

The paradigm of Jewish community that existed until recently generated beliefs about the “right” kind of rabbinical student profile, fixed canons of knowledge that students needed to master (curricula), the structure of relationships between laypeople and rabbis, the essence of religious authority and decision-making, and rabbinical career choices and trajectories. The essays in Keeping Faith in Rabbis challenge us to reconsider the nature of rabbinical education and leadership. Those rabbis and educators of rabbis who have primarily dwelled in the old paradigm deserve respect for their accomplishments, and time to linger over what has been lost. Doing so can help us internalize a new paradigm of Jewish community, and claim the courage to ask new paradigm questions, including:

Can independent and denominational seminaries make it easier for students to cross-register for some courses or take one another’s online courses?

Do rabbis have to be in residence for a total of five years at two different locations (the U.S. and Israel), or could more schools customize educational requirements and programs around the knowledge and experience of the learner?

What role does Israel play in rabbinical education and expectations of rabbinical leadership? Many American Jews find meaning in Judaism’s call for social justice and perceive Israel to be on the wrong side of morality with regard to Palestinian sovereignty. With this reality, what are the implications for the relationship between Jewish communities in Israel and the United States?

In the 21st Century, what is it that rabbinical education uniquely qualifies rabbis to do? Is there a sufficient range of curricular options for rabbis who are not interested in serving congregations?

Many young Jews are now fourth and even fifth generation Americans and deeply assimilated. How can rabbis promote Jewish peoplehood today?

What does rabbinical education, which is charged with helping rabbis become stewards of the Jewish tradition look like in an age of innovative disruption?

We will be a better community if make more space for ongoing conversations about the impact of new paradigm principles on rabbinical education and leadership.

Rabbi Hayim Herring, Ph.D., is an author, presenter and organizational futurist, and C.E.O. of HayimHerring.com which “prepares today’s leaders for tomorrow’s organizations.” ™ His new book, Keeping Faith in Rabbis: A Community Conversation on Rabbinical Education, is published by Avenida Books.