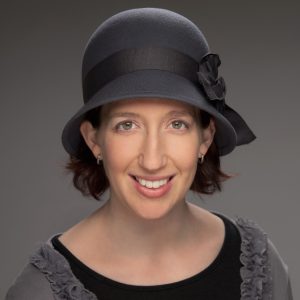 In an era when young Jews are questioning the relevance of the synagogue, the role of the rabbi is changing. While the typical rabbi used to be one who was ensconced in a pulpit (consider the use of the term “installation” to refer to the welcoming of a new rabbi!), there are now many entrepreneurial rabbis building new models of spiritual community around North America. Their numbers are growing, and their success is significant. These rabbinic entrepreneurs include Rabbi Dan Horowitz (The Well in Detroit and CLI Cohort 2), Rabbanit Dasi Fruchter (The Shteibel in Philadelphia), Rabbi Aaron Levy (Makom in Toronto), and Rabbi Lizzi Heydemann (Mishkan in Chicago and CLI Cohort 1). Other entrepreneurial rabbis have created Jewish start-ups focused on adult education, such as Rabbi Avi Finegold (Jewish Learning Lab in Montreal), and Rabbi Benay Lappe (Svara in Chicago). These, and many other new models of spiritual community, are popping up around North America.

While most rabbis continue to take positions in the pulpit, the presence of rabbinic entrepreneurs has shifted the landscape of North American Jewish life. This begs the question: What is the primary spiritual communal framework of the 21st century – the established synagogue or the grassroots spiritual community? In considering this question, we must recognize the innovative work being done by pulpit rabbis who, rather than founding new spiritual communities, are behaving in entrepreneurial ways within established institutions.

Rabbis who serve in legacy institutions (like my own), are aware that the ground is shifting beneath their feet. While they serve in the pulpit, they have moved away from the earlier “sage on the stage” model to adopt a more flexible and creative approach to their rabbinate. In order to maintain the relevance and vibrancy of their institutions amidst a changing world, they have introduced their synagogues to innovative thinking and programming. These rabbis are intrapreneurs, establishing new paradigms within existing institutions.

What kind of mindset characterizes an entrepreneurial rabbi? Much like the corporate entrepreneur, the rabbinic entrepreneur taps into new markets by embracing creativity and risk taking. Her work is often largely relational, forging meaningful connections through one-on-one encounters. Most importantly, the entrepreneurial rabbi’s spiritual start-up fills a need that has been previously unfulfilled by current offerings in Jewish communal life and worship. The rabbis mentioned above have created new initiatives including meditative Shabbat services, creative B’nai Mitzvah preparation, and a queer Beit Midrash.

Intrapreneurial rabbis use the same mindset to bring new ideas to their institutions, changing the way synagogues serve their constituents. I love hearing about small initiatives that my colleagues have introduced, such as the Passover juice cleanse that Rabbi Dan Kaiman (Congregation B’nai Emunah, Tulsa and CLI Cohort 2) created in partnership with a local juice bar, and the Bike the Eruv event, in which Rabbi David Wolkenfeld (Anshe Sholom B’nai Israel, Chicago) invited congregants to learn about their local eruv by biking several miles around its perimeter. Both of these programs offer new ways to connect healthy living with Jewish values. Intrapreneurial rabbis also introduce large-scale innovations, reshaping programming to address the needs of new populations. Rabbi Rachel Weiss (Jewish Reconstructionist Congregation, Evanston and CLI Cohort 4), is meeting the needs of baby boomers. Rabbi Robyn Fryer Bodzin (Beth Tzedec Congregation, Toronto) is leading a newly created Centre for Spiritual Well-Being. These rabbis, and many more like them, are bringing an entrepreneurial mindset to their work in established synagogue communities.

In order to bring positive change to long-standing institutions, intrapreneurial rabbis need support, much like their entrepreneurial counterparts. Thankfully, there are programs that have recognized the similarities and synergies between rabbinic entrepreneurs and intrapreneurs. The CLI (Clergy Leadership Incubator) program, brings together a group of rabbis from across the communal map. As a Fellow in Cohort 2, I got to learn side by side with those who had founded their own spiritual start-ups, as well as many rabbis like me, who were introducing new ideas into well-established congregations. Other professional development opportunities have recognized this synergy such as Hillel’s Office of Innovation, and M² – The Institute for Experiential Jewish Education.

To be sure, there are challenges that are unique to entrepreneurs, which an intrapreneur does not face. Many rabbinic entrepreneurs struggle to pay for basic operating costs, not the least of which is their own salary. Often, they rely on grants that stipulate that monies must be used for new programming but not for hiring staff. They also must establish their own boards and committees, finding and developing lay leaders from the ground up. They might be not only the one delivering the content, but also the one setting up the chairs in the room.

Still, while the intrapreneur rabbi may have a salary and a team of lay leaders in place in ways that entrepreneurs may envy, she faces her own unique set of challenges which require support and training to overcome. In the context of long institutional memory, an intrapreneurial rabbi might face the sentiment of “this is not the way it’s been done here before.” She might need to convince long-time members that a risky new model is worth investing in. Also, the rabbinic intrapreneur has been hired for a discreet job, with a discreet set of expectations. When she discovers new opportunities, and wants to attempt new ways of doing things, the leadership might not support her veering from her job description to create new programs. (I have been blessed with the support of my synagogue, Congregation Shaar Hashomayim, whose leadership readily gave me the time and budget to create new programming for young professionals. It is not always so simple.)

If you know or work with an intrapreneurial rabbi, how can you offer your support?

The rabbis of the future will need to be both entrepreneurs and intrapreneurs. There is enough room for both.  The stability of the Jewish future will depend on a combination of entrepreneurs, who build communities from scratch, and intrapreneurs, who challenge the status quo from the inside. New ideas that incubate within existing institutions will benefit the entire ecosystem of new Jewish ventures. It’s time to support the intrapreneurs who are taking the risks that will help our community forge a new path without giving up on our existing institutions.

Rabba Rachel Kohl Finegold is the Director of Education and Spiritual Enrichment at Congregation Shaar Hashomayim in Montreal, Canada.

« Designing the Synagogue Member Experience » On Being an Artist-Rabbi